The Wrongheaded Belief That Every Business Should Scale Up 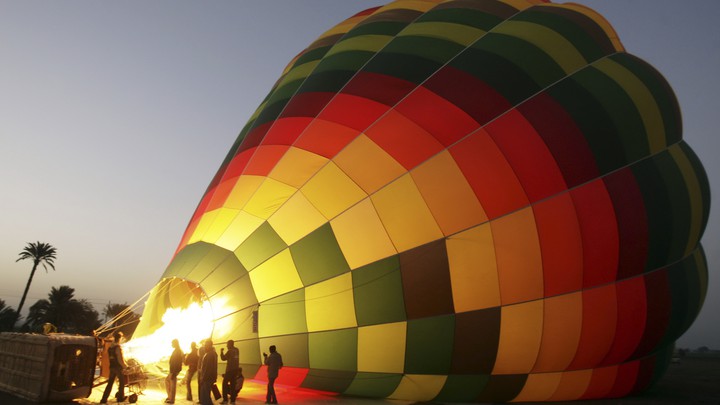 By Antara Haldar on THE ATLANTIC

From high-end coffee shops to microfinance lenders, rapid growth can cause companies to lose the trust and loyalty that brought them success in the first place.

Devotees of Stumptown Coffee, a high-end roastery with fewer than 10 total locations in four select cities, pride themselves on avoiding mainstream coffee chains. What they are probably oblivious to, however, as they sip their mochas and cold brews, is that their haven of individuality may soon be just another chain in the Phoenix airport. What they might suspect even less is that the story of microfinance in Bangladesh may foretell the fate of their preferred coffee shop.

Stumptown, the iconic small-scale brand, was recently acquired by Peet’s, a chain with a couple hundred locations. On a buying spree, Peet’s has been in the news for taking over Intelligentsia, another well-loved and self-consciously indie coffee brand. And JAB Holding Company, the conglomerate that owns Peet’s, announced last year that it was acquiring the at-home coffee-brewing system Keurig.*While Peet’s offers reassurances that Stumptown will retain its authenticity even as it attempts to scale, precocious corporate growth has been shown to corrode the very core of what has, so far, sustained Stumptown: loyalty.

Stumptown’s sale to Peet’s exemplifies an economic phenomenon not confined to the world of craft coffee. Stumptown joins the ranks of a number of popular brands that went from independent to corporate—the Italian San Pellegrino, now owned by the Swiss giant Nestle (along with its main competitor Perrier), the originally Quaker-owned chocolate-bar maker, Cadbury, acquired by the U.S. corporation formerly known as Kraft, and The Body Shop, the cosmetics brand synonymous with ethical sourcing, bought by the French behemoth L’Oreal, to name a few.

Stumptown’s story is typical of an innovative young venture becoming a victim of its own success. Founded in 1999 by Duane Sorenson in his native Oregon, it turned into a national phenomenon (albeit appearing in only a few select cities) and was at the forefront of the small-scale retailers that positioned coffee-making, and coffee-drinking, as a kind of art form. Stumptown’s business model rested on providing an intensely personal experience, designed to build a dedicated following: Baristas were offered quirky benefits that included massages between shifts and, for the many musically inclined staff members, the possibility of having their first albums recorded. Coffee-drinkers, meanwhile, were treated with top-notch beans and unique brews crafted in Stumptown’s “coffee labs.” These were more than just gimmicks—they were integral to the enterprise. Indeed, Sorenson’s expenses were more than justified: His staff was willing to go above and beyond, and his customers willing to shell out for premium treatment.

But these quirky personal touches don’t fit well in the assembly lines of large-scale operations, as the seemingly irrelevant—but actually highly instructive—case of a poverty-reduction program in South Asia would suggest. Microfinance is a lending scheme with a twist: It involves neither contracts nor collateral. Launched as a small experiment in Bangladesh by the economist-entrepreneur Muhammed Yunus and his team of “bicycle bankers,” microfinance, like a high-end cafe, relies on the power of personal relationships. Just as in Sorenson’s case, Yunus’s bold gamble paid off: Because the borrowing was grounded in feelings of loyalty, poor Bangladeshi women paid back their loans much more reliably than borrowers who were considered non-risky by conventional measures.

The model grew into the Nobel-prize-winning Grameen Bank, and microfinance became the most influential single development intervention of recent times, organically amassing a borrower base of 1 billion worldwide. Yet a growth model based on the example of fast-scaling consumer industries—the bid to develop the Starbucks of microfinance, as explicitly attempted by SKS Microfinance in India—was met with a complete breakdown of trust on the part of borrowers and a mass default. The cookie-cutter approach to growth—driven by speed and profit—simply didn’t work in the absence of the personal relationships that characterized the Grameen Bank.

The arithmetic of the “bigger is better” paradigm, or what economists call “economies of scale,” is simple enough. The larger the bushel of coffee beans, the lower the cost per bean. The larger the machine, the more lattes it can spew out. Most of all, scale translates into standardization: the conversion of an unpredictable creative process into a precise and highly economical algorithm of production. All of this means more profits.

But, based on studies of human behavior in places ranging from blood banks to daycare centers, academics now recognize that the calculus is more complex: People act more responsibly in the context of personal relationships that are meaningful to them than in strictly commercial transactions. In fact, loyalty sometimes even trumps economic rationality: going that extra mile to get the perfect cup of coffee, or paying a loan back when the opportunity exists to default. This is what the shift from boutique to mass-manufactured cuts out.

Even as Peet’s plans to treble Stumptown’s presence and make it more widely available at grocery stores, it threatens to make the Stumptown experience increasingly impersonal. But making Stumptown indistinguishable from Starbucks will jeopardize its core constituency, and may even hurt Peet’s bottom line.

Smaller institutions have much to offer—not just sentimentally, but also in terms of pure economics. The idea goes back to the 20th-century British economist E.F. Schumacher’s declaration that “Small is beautiful,” a notion fashionable again in the era of institutions “too big to fail.” Since the logic of scale is more attuned to quantity than quality, workers (whose wages are usually driven down), consumers (who enjoy lower prices, but usually get a worse product) and the landscape of the economy (which shows signs of marked decreases in diversity) all suffer from growth that is too rapid. Size is the conventional metric of economic success, but when stability is pursued as passionately as profit, less may truly be more.