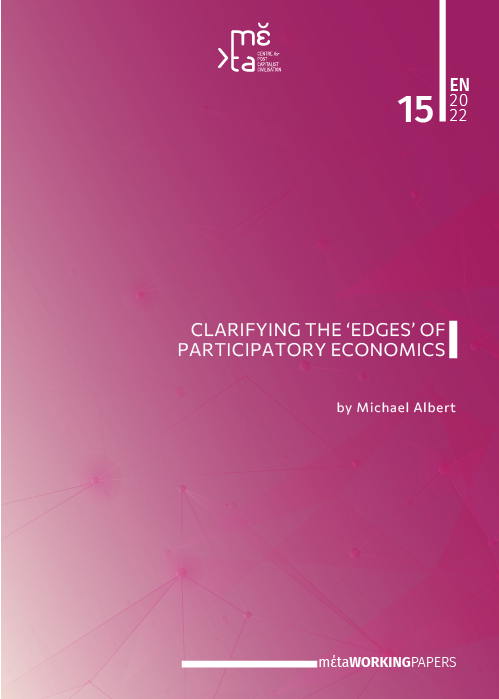 Clarifying the ‘Edges’ of Participatory Economics: An Anti-Blueprint ‘Blueprint’, and an Anti-Sectarian ‘Instruction’ | Michael Albert

The Centre for Postcapitalist Civilisation, mέta, presents Michael Albert’s mέta Working Paper entitled Clarifying the ‘Edges’ of Participatory Economics: An Anti-Blueprint ‘Blueprint’, and an Anti-Sectarian ‘Instruction’ (accessible here), an addendum to the “Towards (a Better) Postcapitalism: A Handy How-To Guide” series under “Allocation.”

(Earlier additions to the “Towards (a Better) Postcapitalism: A Handy How-To Guide” series include Professor Robin Hahnel’s paper on Participatory Planning, Michael Albert’s paper on Postcapitalist Decision Making and on Postcapitalist Work: Balanced Jobs and Equitable Remuneration, and Professor Stephen R. Shalom paper Decision-Making in a Good Society: The Case for Nested Councils.)