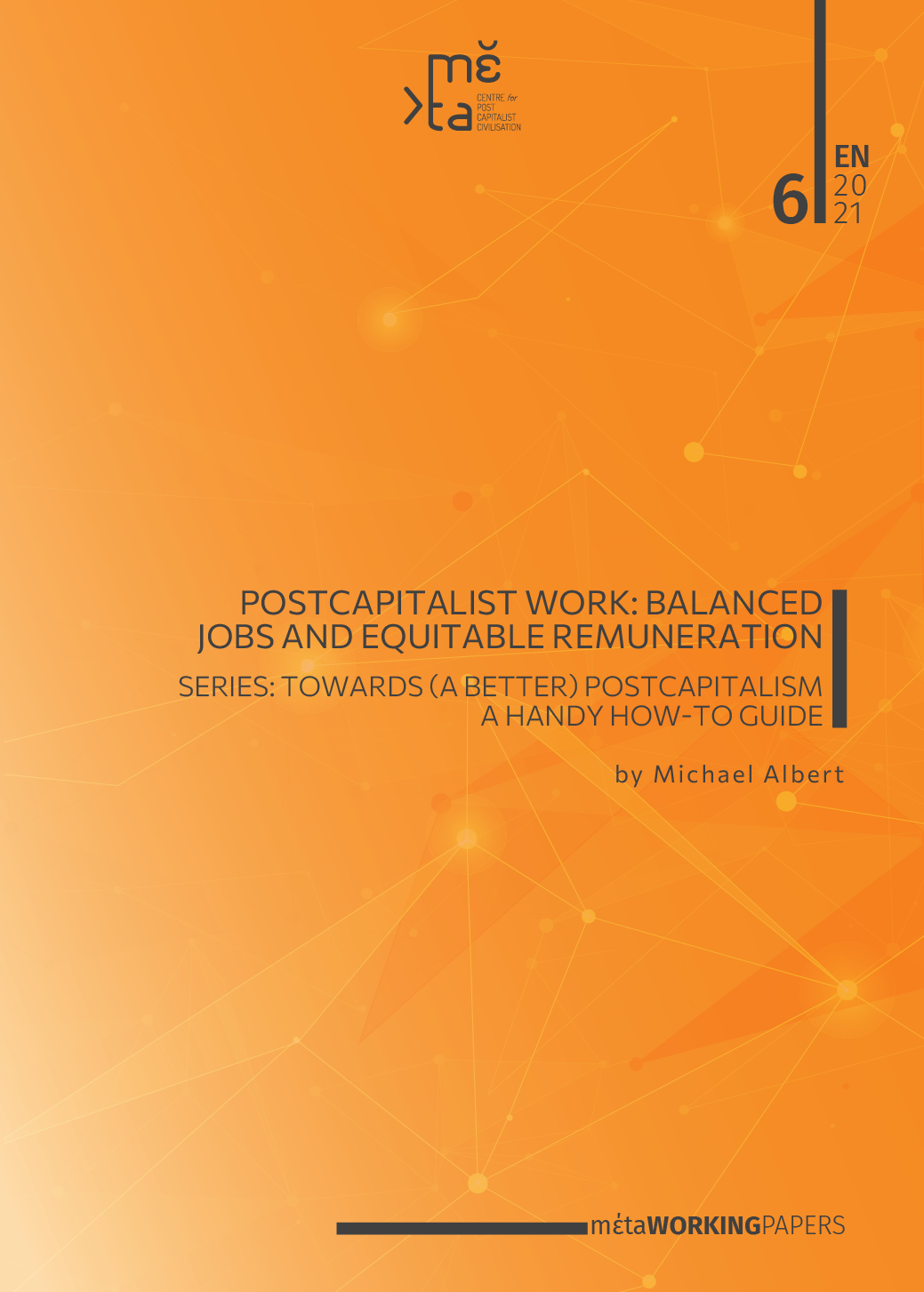 (Earlier additions to the “Towards (a Better) Postcapitalism: A Handy How-To Guide” series include Professor Robin Hahnel’s paper on Participatory Planning and Michael Albert’s paper on Postcapitalist Decision Making.)