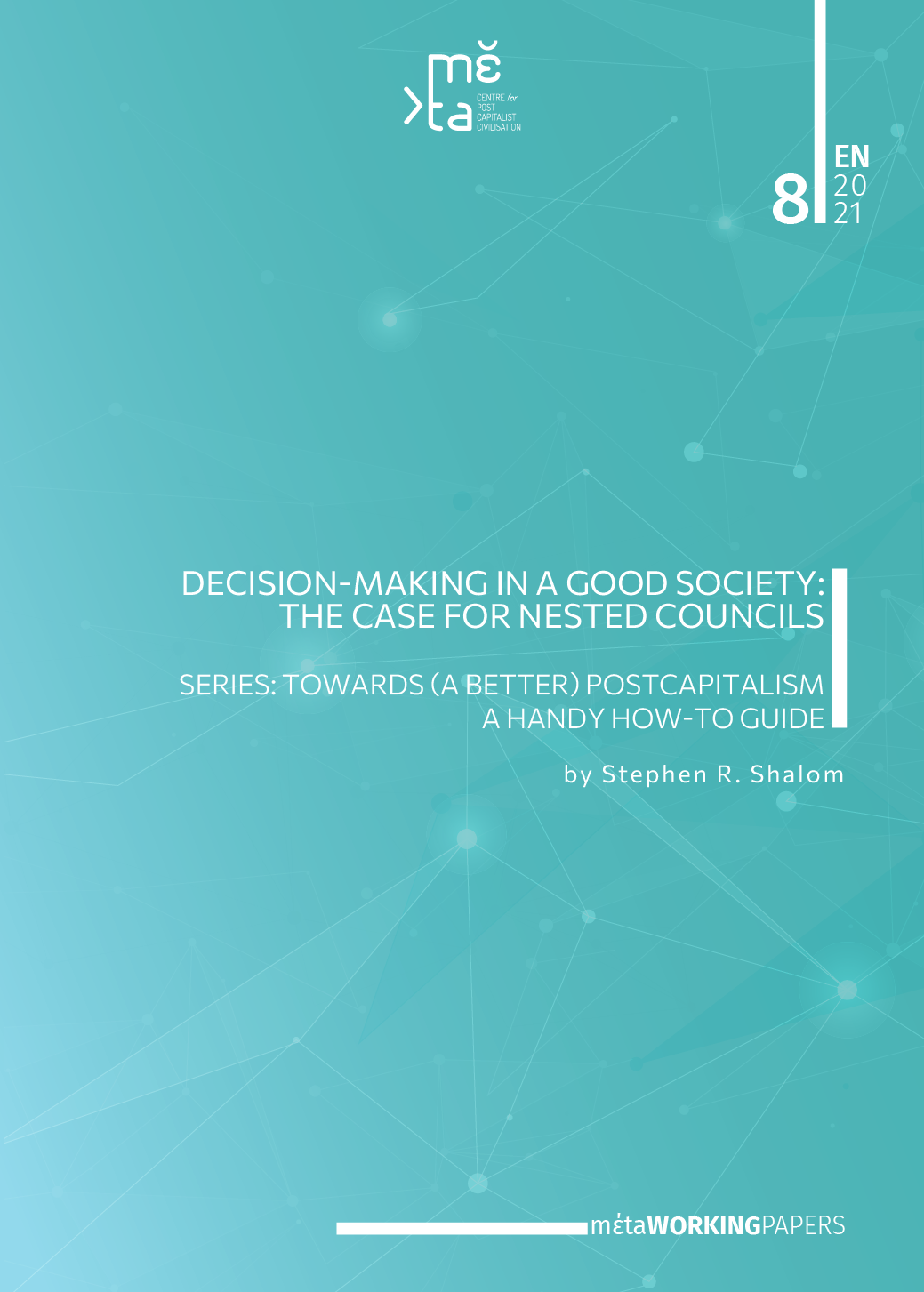 Decision-Making in a Good Society: The Case for Nested Councils | Stephen R. Shalom

Stephen R. Shalom is emeritus professor of Political Science at William Paterson University of New Jersey, USA. He is a member of the editorial board of New Politics, and a long-time activist in peace and justice movements. Among other works, he is the author of Which Side Are You On? An Introduction to Politics (Longman, 2003), “Parpolity: A Political System for a Good Society,” in Real Utopia: Participatory Society for the 21st Century, ed. Chris Spannos, AK Press, 2008) and editor of Socialist Visions (South End Press, 1983).