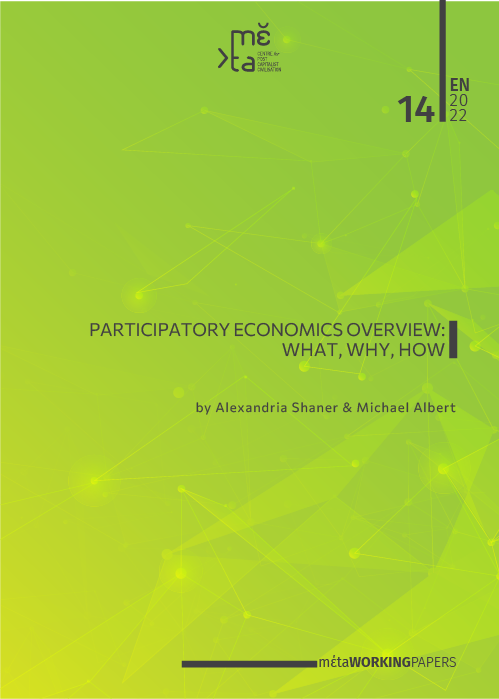 Participatory Economics Overview: What, Why, How | Alexandria Shaner & Michael Albert

In this paper, Alexandria Shaner & Michael Albert provide an overview of PARECON (‘participatory economics’) as a viable postcapitalist model.

Alexandria Shaner is a sailor, writer, organizer, and activist. Based in the southern Caribbean, she is an in-structor at the School for Social and Cultural Change and active with RealUtopia.org and The Climate Reality Project.