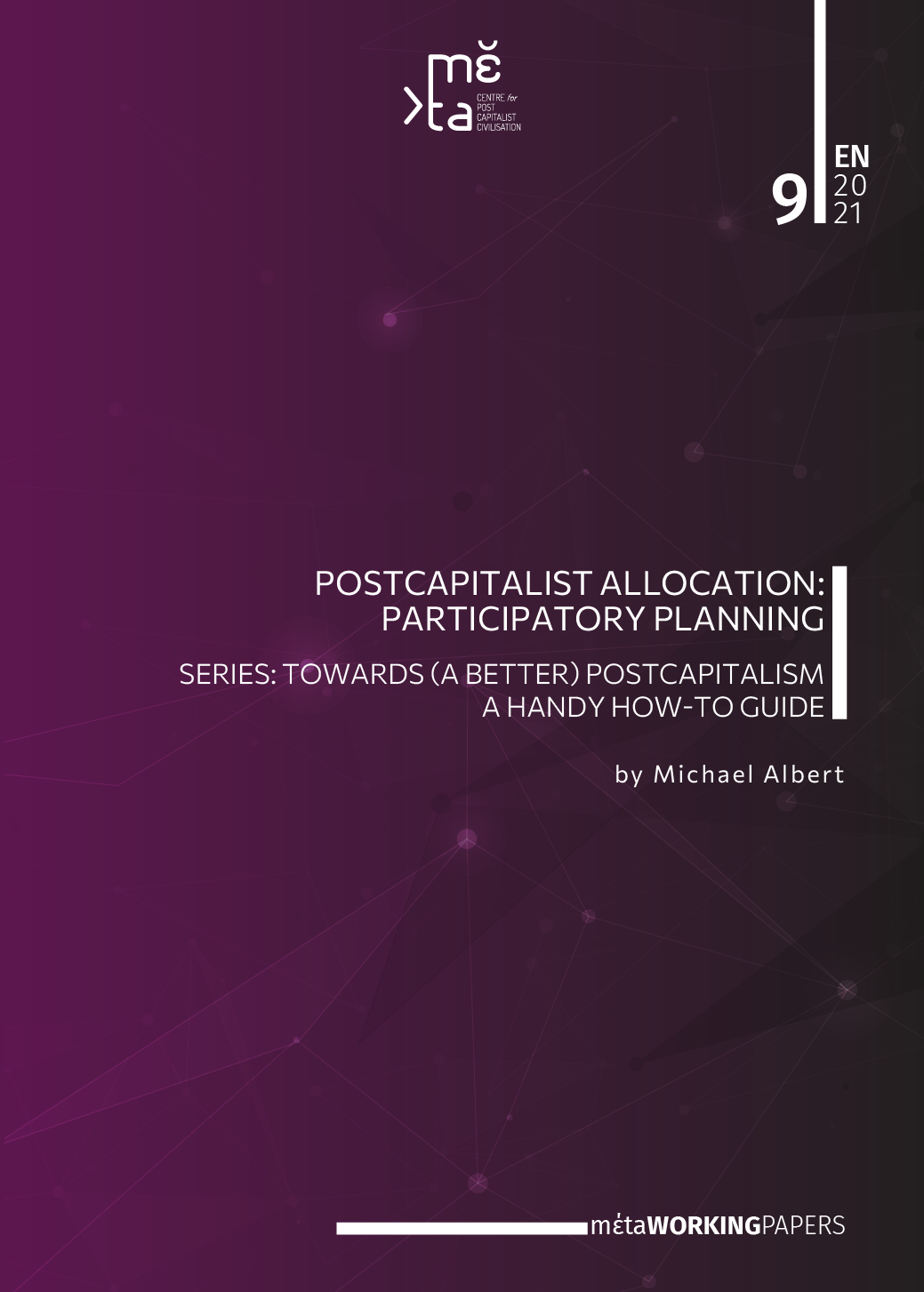 In this paper, Michael Albert addresses the second pillar, allocation, as participatory planning.

(Earlier additions to the “Towards (a Better) Postcapitalism: A Handy How-To Guide” series include Professor Robin Hahnel’s paper on Participatory Planning, Michael Albert’s paper on Postcapitalist Decision Making and on Postcapitalist Work: Balanced Jobs and Equitable Remuneration, and Professor Stephen R. Shalom paper Decision-Making in a Good Society: The Case for Nested Councils.)