Economics: The Discipline That Refuses to Change 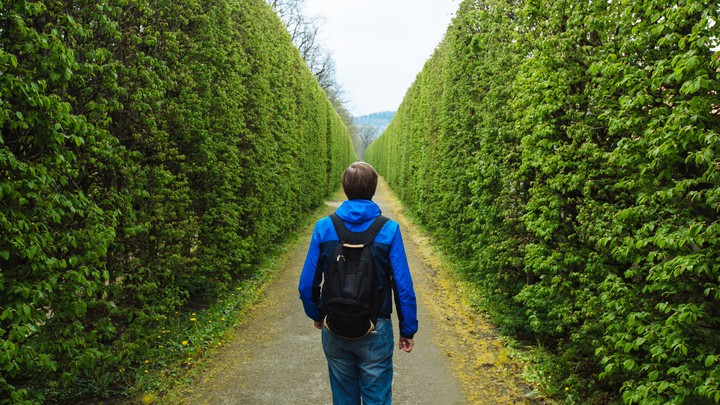 By Antara Haldar on THE ATLANTIC

Behavioral economics upended the idea that humans act solely in their rational self-interest. So why do most undergrads barely learn anything about the field?

In the late 1800s, one of the most enduring fictional characters of all time first appeared on the scene. No, I am not talking about Sherlock Holmes or Oliver Twist, but a less well-known though arguably more influential individual: Homo economicus.

Literally meaning “economic man,” the origins of the term Homo economicus are somewhat obscure—early references can be traced to the Oxford economist C. S. Devas in 1883—but his characteristics have become all too familiar. He is infinitely rational, possessing both unlimited cognitive capacity and access to information, but with the persona of the Marlboro Man: ruggedly self-centered, relentlessly materialistic, and a complete lone ranger. Homo economicus, created to personify the supposedly rational way humans behave in markets, quickly came to dominate economic theory.

But then in the 1970s, the psychologists Daniel Kahneman and Amos Tversky made a big discovery. The academics drew on psychological evidence to show that the actions of human beings deviate from the ironclad rationality of Homo economicus in all sorts of ways: People make systematic errors of judgment, such as being excessively attached to what they own, and yet are also more generous and cooperative than they’re given credit for. These insights led to the founding of a new field, behavioral economics, which became a household name 10 years ago, after Cass Sunstein and Richard Thaler published the best-selling book Nudge and showed how this new understanding of human behavior could have major policy consequences. Last year, Thaler won the Nobel Prize in Economics, and promised to spend the $1.1 million in prize money “as irrationally as possible.”

But despite the fanfare, Homo economicus remains a stubbornly persistent part of the economics curriculum. While it is fashionable for most economics departments to have courses on behavioral economics, the core requirements in economics at many colleges are usually limited to only two substantive courses—one in microeconomics, which looks at how individuals optimize economic decisions, and another in macroeconomics, which focuses on national or regional markets as a whole. Not only is the study of behavioral economics largely optional, but the standard textbooks used by many college students make limited references to behavioral breakthroughs. Hal Varian’s Intermediate Microeconomics devotes only 16 of its 758 pages to behavioral economics, dismissing it as a blip in the grand scheme of things, an “optical illusion” that would disappear “if people took the time to consider choices carefully—applying the measuring stick of dispassionate rationality.” The staple textbook on macroeconomics, written by Gregory Mankiw, gives behavioral approaches even shorter shrift by scarcely mentioning them at all.

Instead, the overwhelming majority of courses that students take in economics are heavily focused on statistics and econometrics. In 2010, the Institute for New Economic Thinking convened a task force to study the undergraduate economics curriculum, following up on a report from 1991. What changed in the intervening years, it found, was “an increase in mathematical and technical sophistication” that was “not sufficient to foster habits of intellectual inquiry.” In other words, Homo economicus is going strong in lecture halls and textbooks across the country.

Economists’ resistance to incorporate the wisdom of behavioral approaches may seem like a frivolous concern confined to the ivory tower, but it has serious consequences. What students are taught in their economics classes can perversely turn models and charts that are meant to approximate reality into aspirational ideals for it. Most economics majors are first introduced to Homo economicus as impressionable college freshmen and internalize its values: Studies show, for instance, that taking economics courses can make people actively more selfish. The consequences are only made more acute by the fact that business, a more preprofessional version of economics, is the single most popular major for college students in the United States—some 40 percent of undergraduates take at least one course in economics. That behavioral economics has been minimized and treated as an aberration by the mainstream has major bearings on how students make sense of markets and the world.

What is so surprising about the hesitancy of economists today to absorb the learnings of behavioral economics is that until the appearance of Homo economicus, invoking psychology in the teaching of economics was standard. At the University of Cambridge, for instance, before a stand-alone department was established in 1903, economics was taught alongside psychology and philosophy. Only after World War II, when the center of gravity of the discipline shifted across the Atlantic, did the rupture became so stark. The dawn of the American era in economics marked a more intense commitment to mathematical analysis, at the exclusion of all else.

This profound change in the economics curriculum has resulted in a discipline that is sterile, tone-deaf, and lacking an emotional pulse—but also one that has proved ineffective in its explanatory and predictive capacities. Economists don’t exactly have a great track record at anticipating the pertinent developments of late: The discipline as a whole was caught off guard by the Great Recession in 2008 and has been late to recognize the skyrocketing rise of inequality. It is even more ill-equipped to deal with looming seismic shifts on the horizon, such as the accelerating effects of climate change or how advances in artificial intelligence will affect workers. Given the greatly amplified role of professional economists at every level of policy making, the extent to which economics is disconnected from reality is becoming more alarming.

Making behavioral economics compulsory isn’t a cure-all for the ills of the economics discipline, but doing so would go a long way in encouraging students to think about building economic models around actual human beings rather than around the caricature that is Homo economicus. If there’s a deeper lesson to come out of the behavioral revolution, it’s that the vagaries of human behavior make it very difficult to model as a pure science, and economists have a lot to learn from other disciplines, including other social sciences and the humanities. This may mean a dose of humility for economists, but it would enrich both the education that their students receive and their prospects of making positive change in the real world.

So because rumors of the demise of Homo economicus have been greatly exaggerated, economics professors today still have the chance to cast aside this antiquated character once and for all.