DiEM25 takes to the streets on Julian Assange’s 50th birthday 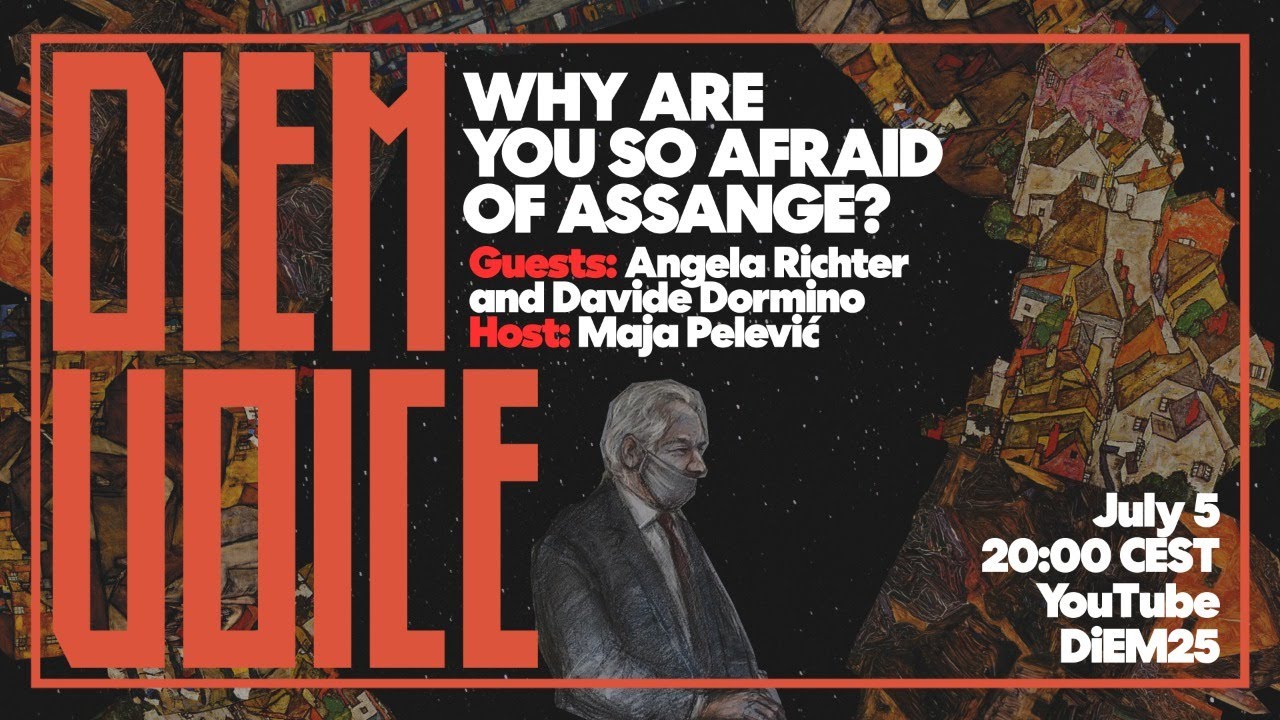 DiEM25 Advisory Panel member Julian Assange has been deprived of his freedom – freedom of life, freedom of speech, freedom of the press – for almost 10 years.

It is urgent to continue to fight for Julian Assange and for all whistleblowers who are deprived of their freedoms and rights in so-called democratic states.

To mark the 50th anniversary of the Wikileaks founder, and to support all those who, like him, have had their lives compromised for defending the truth, DiEM25 members will take to the streets in front of UK and U.S embassies in several European cities such as in Athens, Berlin, Brussels, London and Vilnius.

DiEMers from across Europe will protest with masks, and hold artworks from the “Raise your Voice for Assange” exhibition in their hands (an initiative of DiEM Voice, DiEM25’s cultural and artistic platform), and by standing on chairs, a replica of Davide Dormino’s #Anythingtosay project (learn more about it here).

Each protest will mark the day that gave birth to the man who radically changed the way of thinking about citizens’ right to information in our democracies and the duty to bring to court, not whistleblowers, but those who commit the real crimes against humanity.

In addition to these protests, DiEM Voice, DiEM25’s cultural and artistic platform, is preparing a special event on Voice TV, taking place on July 5 at 8 PM CEST, featuring artists Angela Richter and Davide Dormino, with moderation by Maja Pelevic. Throughout the event there will be some surprises, so stay tuned.