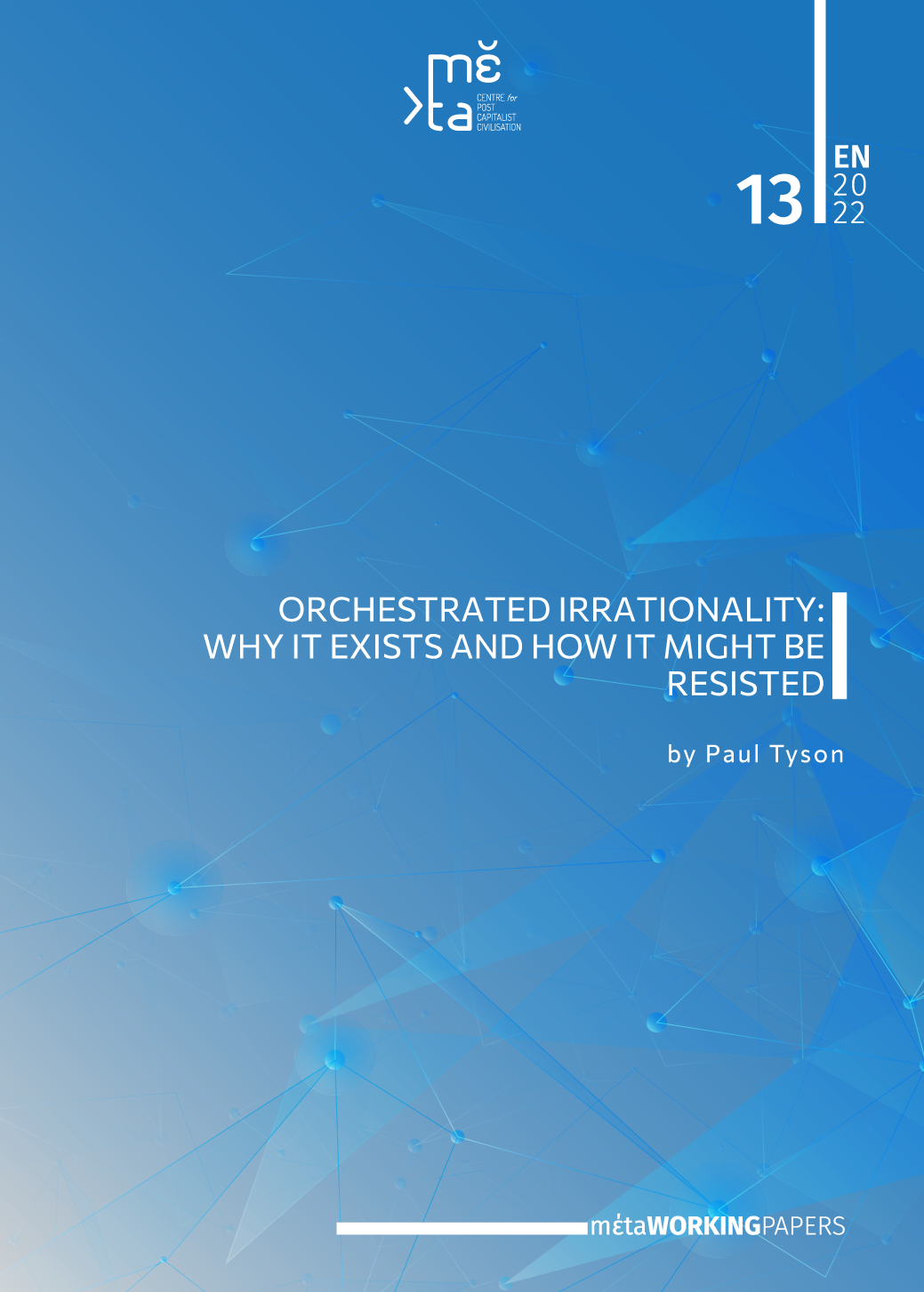 Orchestrated Irrationality: Why It Exists and How It Might Be Resisted | Paul Tyson

The Centre for Postcapitalist Civilisation presents Paul Tyson’s mέta Working Paper entitled Orchestrated Irrationality: Why It Exists and How It Might Be Resisted. The paper is accessible here.

Orchestrated irrationality in our public discourse is produced by technologically enhanced and commercially purposed atomization and tribalism. Public discourse now leans away from a humane, free, and reasoned political rationality and towards self-interested, calculative, herd conformism. The bulls and bears of consumer society have largely displaced the civic logic of the liberal democratic pursuit of the common good. The power interests that govern global consumerism are enhanced by subordinating the common good ends of genuinely political life to the self-interested and profit driven dynamics of the market. Orchestrated irrationality in our public discourse makes politics into a meaningless theatre of incommensurate tribal interest narratives, which is a convenient distraction from the collaborative consolidation of market power and state control. This orchestrated irrationality can only be combatted by seeking to de-atomize citizens and de-tribalize the public square in order to recover the priority of political life over market and authoritari-an power in our public discourse. That is, a post-capitalist civilization that is ori-ented to a genuinely political and universally moral rationality must replace the present global order. Once we can identify the problem and the direction of cure for orchestrated irrationality, we can then take steps towards a different civilisational life-world.