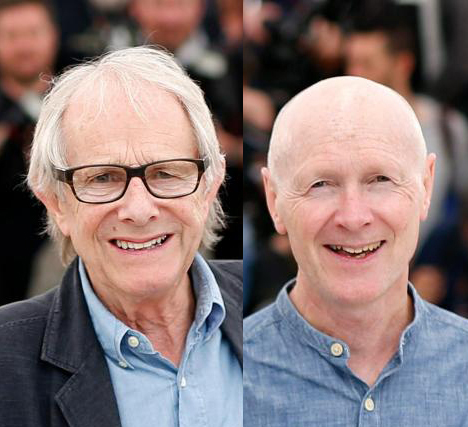 Ken and Paul’s view on postcapitalism. – A contribution to mέta.

The following is an excerpt from the screenplay of the film “SORRY WE MISSED YOU” written by Paul Laverty and directed by Ken Loach.

Liza Jane, aged 11, is in a delivery van with her father Ricky. It’s a Saturday and she is giving her father a hand deliver the parcels; during the week Ricky is back so late from his work he hardly sees her. Ricky considers himself to be an “owner driver franchisee”; in other words a self employed van driver, master of his own destiny. [Liza Jane is fascinated by the shiny black HAND HELD DEVICE which is used to scan every parcel. She fidgets with it as Ricky drives the van.]

LIZA JANE
It can text, phone, photograph, scan, contact the customer…
anything else?

RICKY
Bloody well bleep! I hear it in my dreams… bleeps if I am out of the
cab for more than two minutes…

LIZA JANE
So they know where you are?

LIZA JANE
Boing! Bouncing of a satellite… right here into this wee black box… amazing isn’t it? Spy in the cab… [She mocks speaking into it]
Hello….Liza Jane here… I like bananas! Ricky chuckles.

RICKY
Working out the exact route… the traffic… the weather… estimated
time of arrival… and cuts out if you arrive early! In case there is a preciser.

LIZA JANE
But why do they need it to the exact time?

RICKY
What the big companies do now… order it online before midnight… guarantee it the next day if they pay a bit extra… within the hour.

LIZA JANE
But it means you have to go zigzagging all over the place, out of order… do they know how late you finish?
Ricky glances at her.

LIZA JANE
But who puts it all in here?

RICKY
What do you mean

RICKY
Must be a robot, or an app, or a programme…

RICKY
Some specky geek I suppose…

LIZA JANE
Who never goes to the toilet. [Ricky looks at her] Well, they
measure everything else…why not time for the toilet?
Ricky chuckles and shakes his head.

RICKY
Didn’t get those brains from me.
[SORRY WE MISSED YOU – SCENE 19]

During lockdown I met a driver on my street in Edinburgh who was finishing off a 14 hour shift. He often worked between 12 and 14 hours a day. His eyes were sunken, and his skin was grey. He reminded me of one of the drivers I met while carrying out research for the above screenplay who told me “I feel like a tube of toothpaste… all squeezed out.” I asked him how he was; it seemed like the final blow and it looked like he was about to burst out crying. Some child’s Dad, somebody’s partner, and bogus self employed driver, key worker.

So here we are, 2021, homo sapiens, manacled to an app, delivering our hearts desire to the doorstep at break neck speed with mind boggling efficiency while the driver is pushed to collapse in a shift that would shame the Victorians, but not Amazon. The word algorithm has a long history and can be traced back to a 9th century mathematician. In those days slavery flourished. It does today too, but the shackles come dressed up to our front doors in a shiny hand held device; from the same doors that the public applauded key workers so enthusiastically but without the curiosity of a child like Liza Jane, who tried to make the connections.

Ken Loach is an English filmmaker. His socially critical directing style and socialist ideals are evident in his film treatment of social issues such as poverty (Poor Cow, 1967), homelessness (Cathy Come Home, 1966), and labour rights (Riff-Raff, 1991, and The Navigators, 2001). Loach’s film Kes (1969) was voted the seventh greatest British film of the 20th century in a poll by the British Film Institute. Two of his films, The Wind That Shakes the Barley (2006) and I, Daniel Blake (2016), received the Palme d’Or at the Cannes Film Festival, making him one of only nine filmmakers to win the award twice. He is a member of DiEM25’s Advisory Panel.

Paul Laverty is an Irish-Scottish lawyer and scriptwriter, born in Calcutta, India, (1957). He studied Philosophy at Gregorian University, Rome, and Law at the University of Glasgow, and received the Fulbright Award in 1984. In the mid-eighties, he traveled to Nicaragua, Central America, and lived there for almost three years. He worked for a Nicaraguan human rights organization. During this time, he traveled widely in Guatemala and El Salvador which were both in a state of civil war. He has remained keenly interested in Latin American affairs ever since. After his time in Central America, Laverty made contact with the director Ken Loach and since then they have been working in constant collaboration.