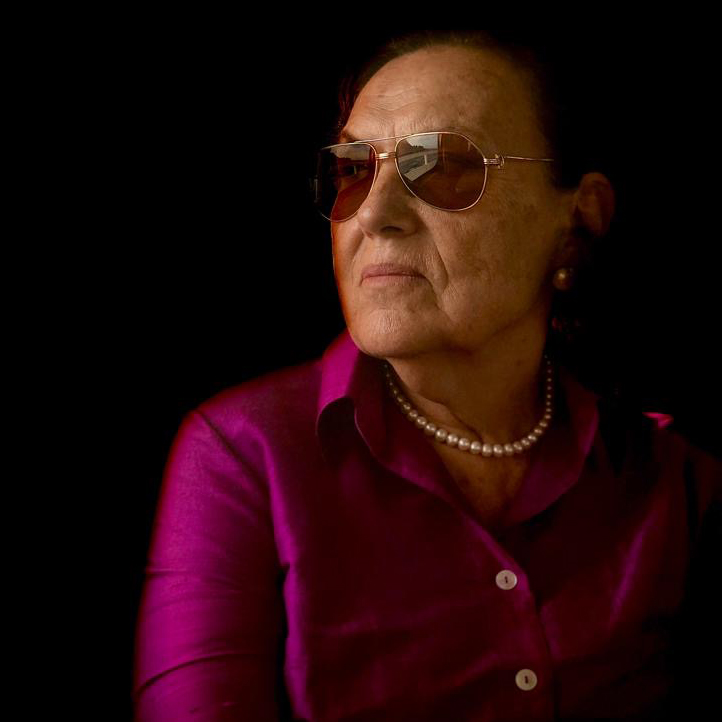 As a curator and art critic from Turkey, I am observing and interpreting the socio-political and economic state of affairs in the region and its international relations from a position of being used to live continuously in dilemmas and crisis. Most of the time I deeply recognize the effects of the Fall of the Ottoman Empire, when the national borders were mapped regardless to the ethnic and traditional realities. The expired Modernist identicalness, identity and consciousness, similarities in Capitalism and its political, social and cultural infrastructures, conditions of Post-modernism could not erase the deep-rooted conflicts.

The East-West discourse, which is the victorious invention of 20th century capitalism, is still prevailing under other titles. Various classifications that survive despite the narratives of globalism has roots in differences between Greek and Chinese world views and philosophical origins and became popular during the Orientalism movement of the 18th, 19th, and 20th centuries. The concept often defines the West as an objective analytical society, usually in regards to technology and industrial advancement. In contrast, the East is viewed as a subjective intuitive-based society, usually emphasizing spirituality and mysticism.
Has this definition changed?

It is reflected in various forms and concepts in art, demography, education, history, ideology, linguistics, medicine, philosophy, politics, psychology, science-fiction, and sociology and gender roles. Throughout 20th century, up until the 80’s in the Western art historical discourse, the East was a resource for inspiration but not a partner for cultural dialogue. Dialogue, under the rather “behind schedule” influence of post-colonial, post-structural and post-modern discourse started in the 90’s and it is an ongoing process, which is for two decades is rather polluted by Neo-capitalism and religious narratives.

Who is influencing the global culture & art now? Considering the heterogeneous populations in the mega cities, with continuous flow of refugees and migrants, the control is not an easy task of official or private culture policies. The West has conquered the East politically and culturally in the past, but since 1990 that expansion is confronting a dramatic reversal. Western scholars have appropriated the exploration and interpretation of the Orient’s languages, history and culture for themselves. Now, the scholars of the East are deconstructing this language under the conditions of Neo-capitalism and religious dogmas.

Turkey is one of the first countries which adopted itself into the 20. century conditions, in comparison to its neighbors; that is before 1990, when the Soviet countries still lived in socialism and communism. This could happen in spite of the anti-democratization process of the 1980’s military coup. Culture industry became independent and privatized; the last culture-scape is what one can see in Istanbul even if there is still a problematic gap of theoretical and practical infrastructures and analyses of artistic and creative productions.

The well programmed interest and projects of EU cultural policy to the art and culture scenes of South Caucasus, Middle East towards West-Asia from 1990 on revealed a remarkable counter-offensive (when not counter-attack) to the ongoing cold-war type political manipulations or unwarranted wars that is being staged on this geography. This counter-offensive, emanating from the intellectuals and cultural institutions in collaboration with the private sector initiatives, also indicated to a silent but strong resistance to war-making politics. The reverberations of this action have been observed in the increasing number of private and institutional collaborative projects. Here, I would like to point out that the artists and art experts of these countries are welcoming all kinds of collaborations from EU, but with the expectation of being reciprocal in every milieu. This attitude advocated the fact if there is some kind of understanding and learning, or going against the winds of war, it should be done together.

For this vast geography duality is still a problematic that should be questioned or tackled within the democratization processes. This momentum requires a progressive movement such as DiEM25, which is persistently dissecting the truths behind the ongoing global tragedies and Neo-Capitalist interests. Considering the ongoing clash, terror and crisis currently concentrated in the East-Mediterranean, Braudel’s romantically described “Cradle of Civilisation” seems to be Dante’s Hell. Islam is a religion incorporating the heritage of previous civilizations; however, Islamisation – even using all the tools of Neo-Capitalism- denying the beliefs and values in its source, going against the essential Islamic faith has failed to benefit from the enlightenment of Modernism. As Daryush Shayegan has disclosed, İslamic countries failing to adopt Modernism are living through it with a mutilated consciousness which is embellished with a hollow and perplexed Post-modernism. I believe DiEM25, empowered with meta ‘s mission is an opportunity to heal this mutilation. This international intellectual, artistic, scholarly and cultural hub for radical progressive movements across Europe should reach this part of the world as soon as possible.

Beral Madra, a critic and curator, founder and director Gallery BM and BM Contemporary Art Centre and the Archive (since 1980); Lives and works in Istanbul. She coordinated the 1st (1987) and the 2nd (1989) Istanbul Biennale, curated the Pavilion of Turkey in 43rd, 45th, 49th, 50th and 51st Venice Biennale, co-curated the exhibition Modernities and Memories- Recent Works from the Islamic World in 47th Venice Biennale. Curated Central Asia Pavilion in 53rd (2009) and the Pavilion of Azerbaijan at 54th (2011) Venice Biennale. Curated Alanica, South Ossetia (2013), Sinopale (2006, 2008, 2012) , Çanakkale Biennale (2012-2014), co-curated 8th Bucharest Biennale (2018). Since 1984 she has organized more than 250 local and international artists in her art centres and in other official art spaces in Turkey. She curated and co-curated over 50 group shows in international capitals. She mentored Istanbul Scholarship of Berlin Senate with 60 artists (1995-2013). She founded and lectured in the Art Management Department of Design of Yıldız Technical University (1998-2002). She is founding member of Diyarbakır Art Centre (2002-2010) ; Foundation of Future Culture and Art (since 1994); Founder and Honorary President of AICA, Turkey (established 2003); 2010 Istanbul Culture Capital Visual Arts direcor; artistic advisor of Gate27, Artist Residency (2019-2021). Publications: “Identity of Contemporary Art” (1987), “Post-peripheral Flux-A Decade of Contemporary Art in Istanbul” (1996); “İki Yılda Bir Sanat” (Essays on Biennale) (2003); “Neighbours in Dialogue” (2005 “Maidan” Essays on Contemporary Art in South Caucasus and Middle East, BM CAC Publications, 2007. “Home Affairs”, Essays on Contemporary Art in Turkey, BM CAC Publications, 2009.