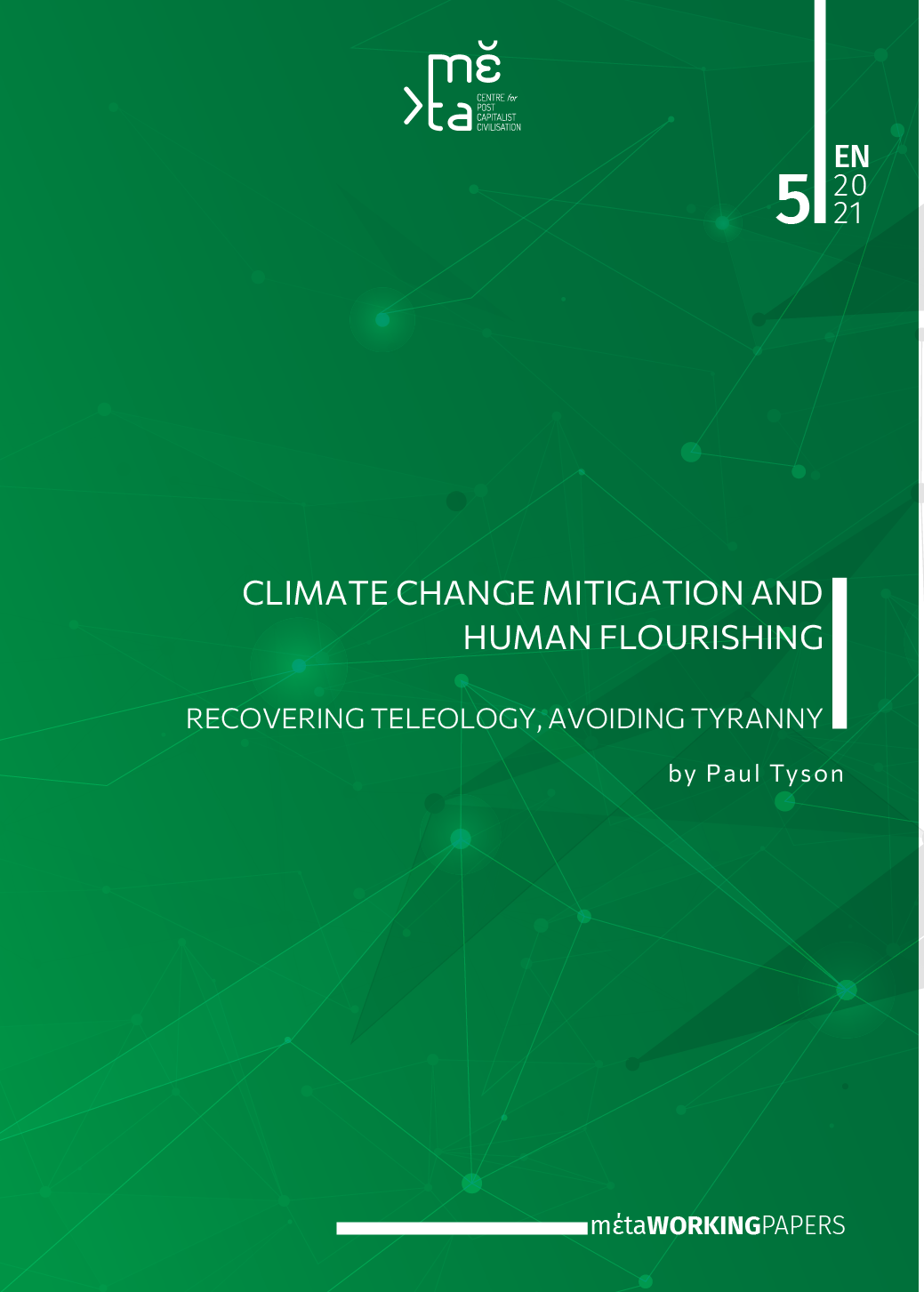 It is most unlikely that adjusting to a 1.5 to 2 degree hotter world is possible within the prevailing political and economic norms of our times. In our post-capitalist times we need to modify modern technological market “liberalism” (which has become, actually, techno-feudalism). If we do not modify our present norms, the collapse of the natural means of power and privilege native to our present world order makes it almost inevitable that democratic liberalism will devolve further into a distinctly anti-liberal species of techno-tyranny. To avoid such a dystopian future, this paper explores how we might re-imagine our global politico-economic norms without embracing techno-tyranny. The argument put forward is that modern liberalism makes the means of personal wealth accumulation and private freedom, the end of public life. This confusion of means with ends implies, ironically, that if our means become unviable, we have no way of aiming at valuable human ends by different means. We have a culturally assumed faulty teleology in political economics and in our philosophy of technology. A revised form of Aristotle’s teleology is proposed whereby an understanding of common human flourishing defines human ends, and where a range of new means could then be pursued to achieve that end, respecting the natural limitations on means that are now upon us.