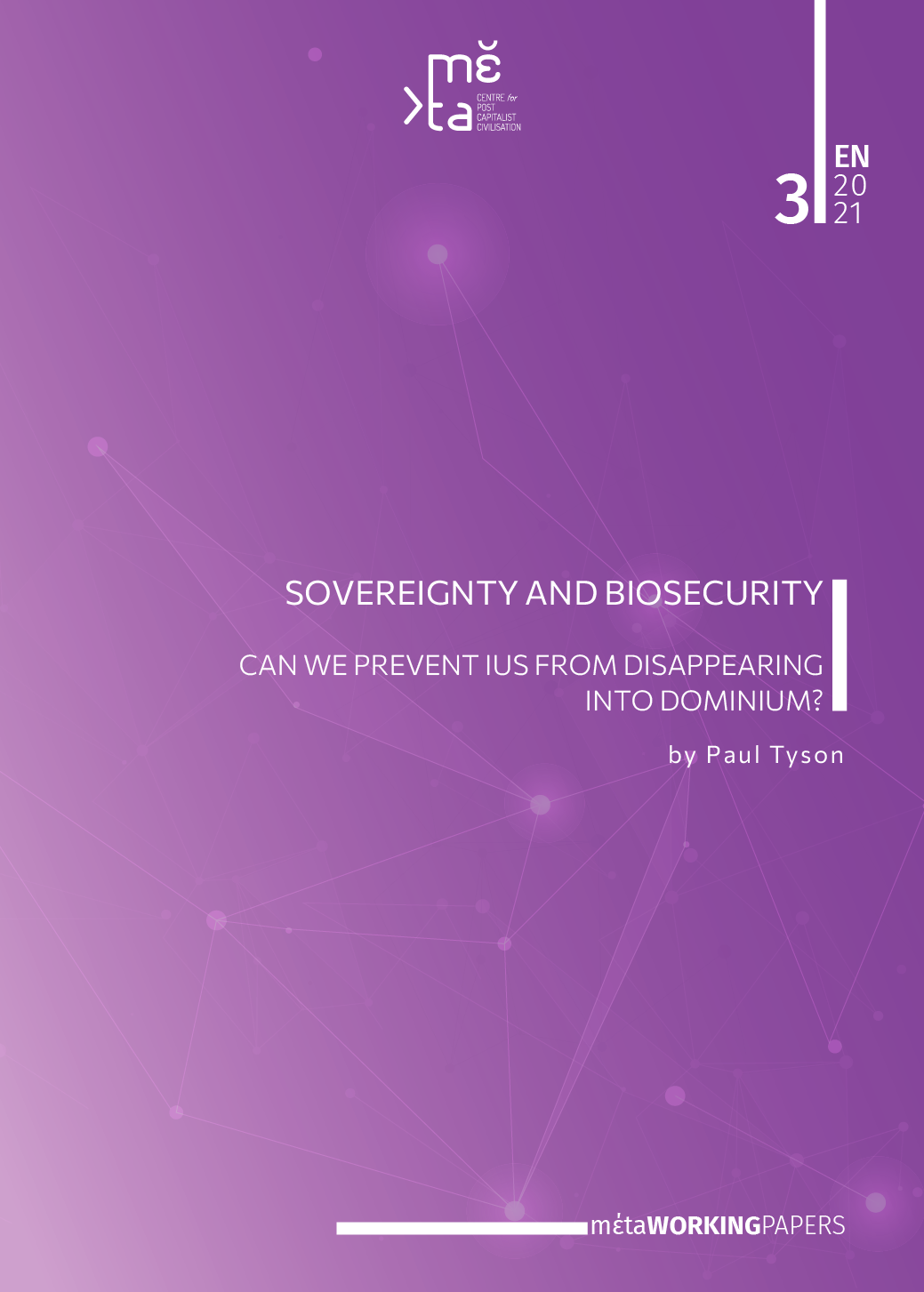 Sovereignty and Biosecurity: Can we prevent ius from disappearing into dominium? | Paul Tyson

The Centre for Postcapitalist Civilisation presents Paul Tyson’s mέta Working Paper entitled Sovereignty and Biosecurity: Can we prevent ius from disappearing into dominium?. The paper is accessible here.

Drawing on Milbank and Agamben, a politico-juridical anthropology matrix can be drawn describing the relations between ius and bios (justice and political life) on the one hand and dominium and zoe (private power and ‘bare life’) on the other hand. Mapping movements in the basic configurations of this matrix over the long sweep of Western cultural history enable us to see where we are currently situated in relation to the nexus between politico-juridical authority (sovereignty) and the emergency use of executive State powers in the context of biosecurity. The argument presented is that pre-19th century understandings of ius and bios presupposed transcendent categories of Justice and the Common Good that were not naturalistically defined. The very recent idea of a purely naturalistic naturalism has made distinctions between bios and zoe un-locatable and civic ius is now disappearing into a strangely ‘private’ total power (dominium) over the bodies of citizens, as exercised by the State. The very meaning of politico-juridical authority and the sovereignty of the State is undergoing radical change when viewed from a long perspective. This paper suggests that the ancient distinction between power and authority is becoming meaningless, and that this loss erodes the ideas of justice and political life in the Western tradition. Early modern capitalism still retained at least the theory of a Providential moral order, but since the late 19th century, morality has become fully naturalized and secularized, such that what moral categories Classical economics had have been radically instrumentalized since. In the postcapitalist neoliberal world order, no high horizon of just power –no spiritual conception of sovereignty– remains. The paper argues that the reduction of authority to power, which flows from the absence of any traditional conception of sovereignty, is happening with particular ease in Australia, and that in Australia it is only the Indigenous attempt to have their prior sovereignty –as a spiritual reality– recognized that is pushing back against the collapse of political authority into mere executive power.