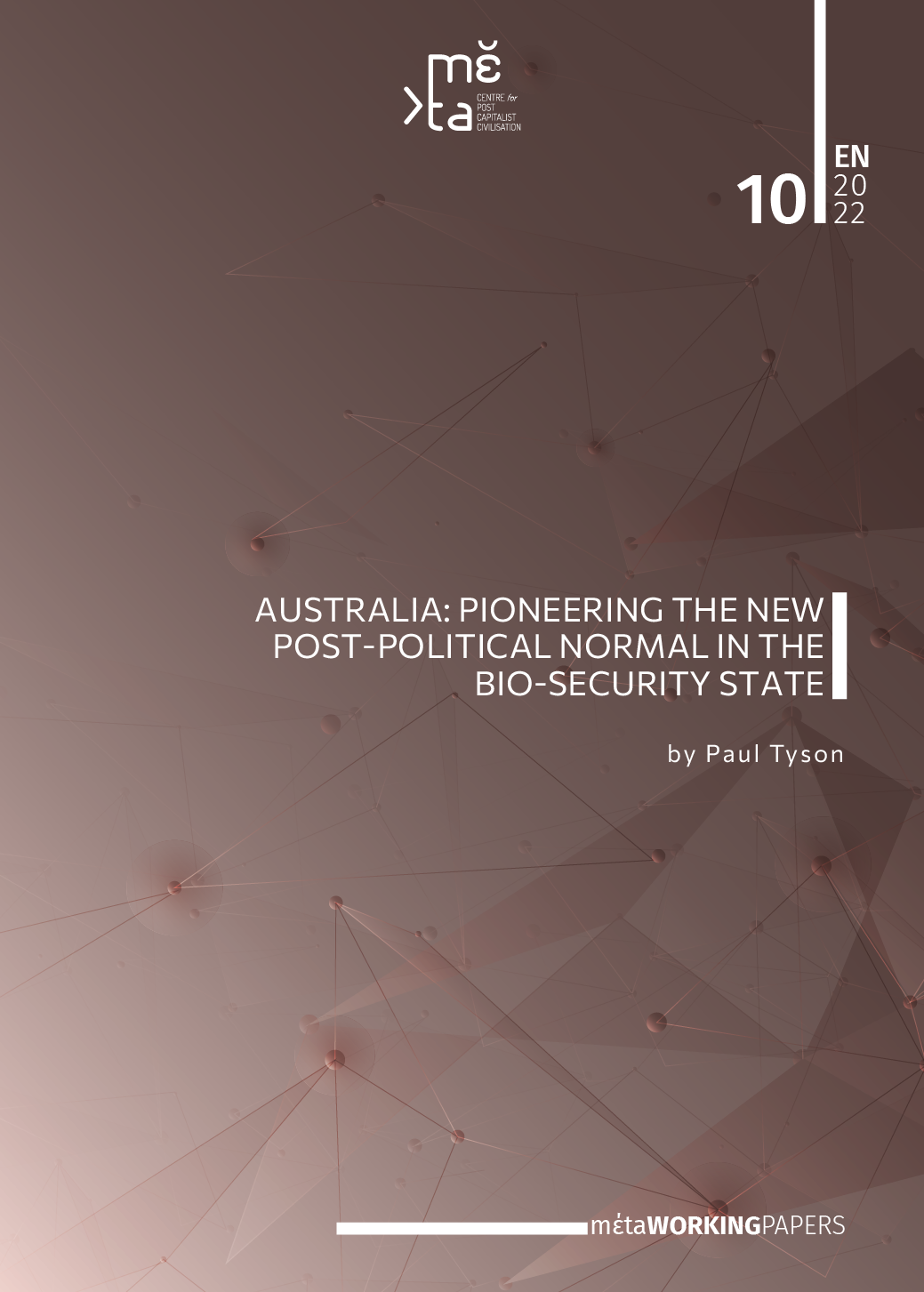 This paper argues that liberal democratic politics in Australia is in a life-threatening crisis. Australia is on the verge of slipping into a techno-feudal (post-capitalist) and post-political (new Centrist) state of perpetual emergency. Citizens in Australia, be they of the Left or Right, must make an urgent attempt to wrest power from an increasingly non-political Centrism. Within this Centrism, government is deeply captured by the international corporate interests of Big Tech, Big Natural Resources, Big Media, and Big Pharma, as beholden to the economic necessities of the neoliberal world order (Big Finance). Australia now illustrates what the post-political ‘new normal’ of a high-tech enabled bio-security state actually looks like. It may even be that the liberal democratic state is now little more than a legal fiction in Australia. This did not happen over-night, but Australia has been sliding in this direction for the past three decades. The paper outlines that slide and shows how the final bump down (covid) has now positioned Australia as a world leader among post-political bio-security states.