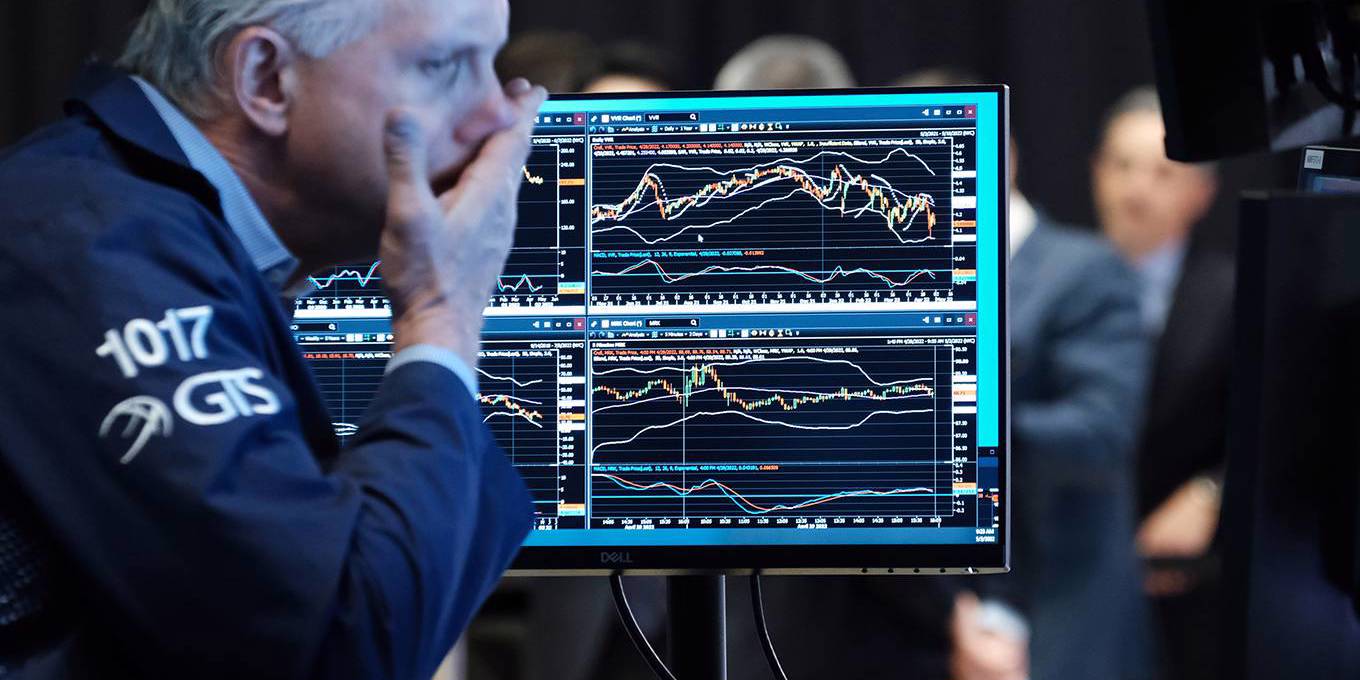 There is ample reason to worry that major economies like the United States are heading for a recession, accompanied by cascading financial turmoil. Some of the worst elements of both the 1970s and the 2008 crash are now in play, with equity markets likely to move deeper into bear territory.

The global financial and economic outlook for the year ahead has soured rapidly in recent months, with policymakers, investors, and households now asking how much they should revise their expectations, and for how long. That depends on the answers to six questions.

First, will the rise in inflation in most advanced economies be temporary or more persistent? This debate has raged for the past year, but now it is largely settled: “Team Persistent” won, and “Team Transitory” – which previously included most central banks and fiscal authorities – must admit to having been mistaken.

The second question is whether the increase in inflation was driven more by excessive aggregate demand (loose monetary, credit, and fiscal policies) or by stagflationary negative aggregate supply shocks (including the initial COVID-19 lockdowns, supply-chain bottlenecks, a reduced US labor supply, the impact of Russia’s war in Ukraine on commodity prices, and China’s “zero-COVID” policy). While both demand and supply factors were in the mix, it is now widely recognized that supply factors have played an increasingly decisive role. This matters because supply-driven inflation is stagflationary and thus raises the risk of a hard landing (increased unemployment and potentially a recession) when monetary policy is tightened.

That leads directly to the third question: Will monetary-policy tightening by the US Federal Reserve and other major central banks bring a hard or soft landing? Until recently, most central banks and most of Wall Street occupied “Team Soft Landing.” But the consensus has rapidly shifted, with even Fed Chair Jerome Powell recognizing that a recession is possible, and that a soft landing will be “very challenging.”

Moreover, a model used by the Federal Reserve Bank of New York shows a high probability of a hard landing, and the Bank of England has expressed similar views. Several prominent Wall Street institutions have now decided that a recession is their baseline scenario (the most likely outcome if all other variables are held constant). In both the United States and Europe, forward-looking indicators of economic activity and business and consumer confidence are heading sharply south.

Most market analysts seem to think that central banks will remain hawkish, but I am not so sure. I have argued that they will eventually wimp out and accept higher inflation – followed by stagflation – once a hard landing becomes imminent, because they will be worried about the damage of a recession and a debt trap, owing to an excessive build-up of private and public liabilities after years of low interest rates.

Now that a hard landing is becoming a baseline for more analysts, a new (fifth) question is emerging: Will the coming recession be mild and short-lived, or will it be more severe and characterized by deep financial distress? Most of those who have come late and grudgingly to the hard-landing baseline still contend that any recession will be shallow and brief. They argue that today’s financial imbalances are not as severe as those in the run-up to the 2008 global financial crisis, and that the risk of a recession with a severe debt and financial crisis is therefore low. But this view is dangerously naive.

There is ample reason to believe that the next recession will be marked by a severe stagflationary debt crisis. As a share of global GDP, private and public debt levels are much higher today than in the past, having risen from 200% in 1999 to 350% today (with a particularly sharp increase since the start of the pandemic). Under these conditions, rapid normalization of monetary policy and rising interest rates will drive highly leveraged zombie households, companies, financial institutions, and governments into bankruptcy and default.

The next crisis will not be like its predecessors. In the 1970s, we had stagflation but no massive debt crises, because debt levels were low. After 2008, we had a debt crisis followed by low inflation or deflation, because the credit crunch had generated a negative demand shock. Today, we face supply shocks in a context of much higher debt levels, implying that we are heading for a combination of 1970s-style stagflation and 2008-style debt crises – that is, a stagflationary debt crisis.

When confronting stagflationary shocks, a central bank must tighten its policy stance even as the economy heads toward a recession. The situation today is thus fundamentally different from the global financial crisis or the early months of the pandemic, when central banks could ease monetary policy aggressively in response to falling aggregate demand and deflationary pressure. The space for fiscal expansion will also be more limited this time. Most of the fiscal ammunition has been used, and public debts are becoming unsustainable.

Moreover, because today’s higher inflation is a global phenomenon, most central banks are tightening at the same time, thereby increasing the probability of a synchronized global recession. This tightening is already having an effect: bubbles are deflating everywhere – including in public and private equity, real estate, housing, meme stocks, crypto, SPACs (special-purpose acquisition companies), bonds, and credit instruments. Real and financial wealth is falling, and debts and debt-servicing ratios are rising.

That brings us to the final question: Will equity markets rebound from the current bear market (a decline of at least 20% from the last peak), or will they plunge even lower? Most likely, they will plunge lower. After all, in typical plain-vanilla recessions, US and global equities tend to fall by about 35%. But, because the next recession will be both stagflationary and accompanied by a financial crisis, the crash in equity markets could be closer to 50%.

Regardless of whether the recession is mild or severe, history suggests that the equity market has much more room to fall before it bottoms out. In the current context, any rebound – like the one in the last two weeks – should be regarded as a dead-cat bounce, rather than the usual buy-the-dip opportunity. Though the current global situation confronts us with many questions, there is no real riddle to solve. Things will get much worse before they get better.

Nouriel Roubini, Professor Emeritus of Economics at New York University’s Stern School of Business, is Chief Economist at Atlas Capital Team, CEO of Roubini Macro Associates, Co-Founder of TheBoomBust.com, and author of the forthcoming MegaThreats: Ten Dangerous Trends That Imperil Our Future, and How to Survive Them (Little, Brown and Company, October 2022). He is a former senior economist for international affairs in the White House’s Council of Economic Advisers during the Clinton Administration and has worked for the International Monetary Fund, the US Federal Reserve, and the World Bank. His website is NourielRoubini.com, and he is the host of NourielToday.com.