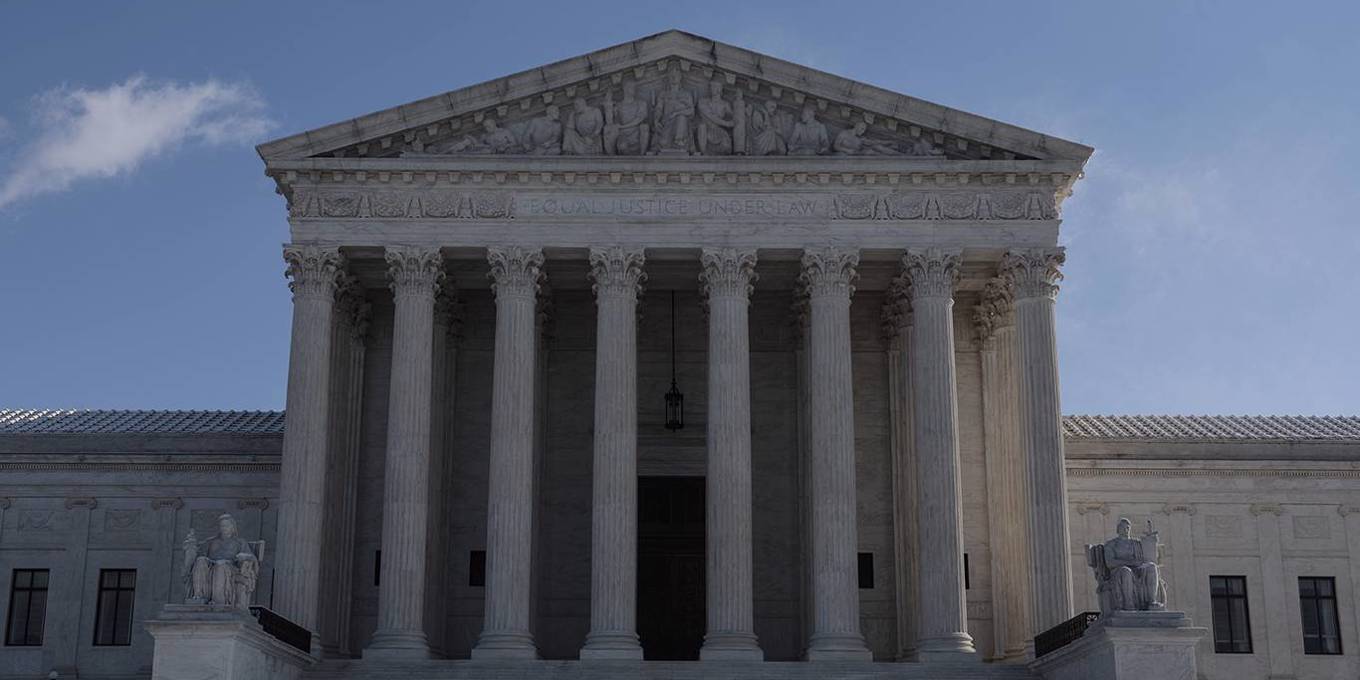 The stakes in the case of National Federation of Independent Businesses vs. OSHA were extraordinarily high. At issue when the US Supreme Court ruled on the legality of the Biden administration’s workplace vaccine mandate was not just the future course of the pandemic but also the judiciary’s own relevance and credibility.

The coronavirus is everywhere: in the air, on surfaces, in our respiratory tracts, and, over the past week, at the US Supreme Court. On January 10, key elements of US President Joe Biden’s controversial “vaccine-or-test” mandate provisionally went into force, requiring that all workers at companies with more than 100 employees be vaccinated or tested regularly for COVID-19. With roughly 84 million Americans affected by the mandate, all eyes were on the Supreme Court, which on January 13 struck down the measure.

With the support of a massive body of scientific evidence, the US Occupational Safety and Health Administration (OSHA) argued in favor of the mandate, emphasizing that workers “face a grave danger … in the workplace.” But the National Federation of Independent Businesses and 27 states (all Republican-controlled) contended that the vaccine is an “invasive, irrevocable, forced medical procedure” that should not be imposed en masse.

Although the technical question before the Court was whether OSHA has legitimate authority to enforce the mandate, the justices also considered whether COVID-19 does indeed pose a threat distinctive to the workplace. Yet, with only 62% of Americans vaccinated, the stakes were – and are – much bigger than these questions imply. At issue is whether the 38% of Americans who refuse to get the vaccine should be permitted to imperil the majority’s ability to earn a livelihood without facing unnecessary risks to their safety. And even this broader framing still doesn’t address the risks imposed by the unvaccinated on health-care workers, parents, separated families, patients in need of non-COVID-related treatments, and all the children whose development has been disrupted or derailed.

Despite the unprecedentedly rapid development of effective vaccines, the pandemic has entered its third year and is still raging, owing to mask hesitancy, global vaccine apartheid, and, crucially, vaccine refusal. Its persistence is due not to a failure of science but to a failure of our other institutions, starting with the rule of law.

Specifically, a dubious legal theory is to blame. Many legal scholars continue to take pride in a highly formal interpretation of the rule of law as something that is resolutely neutral and amoral, even as it fails spectacularly in helping us confront the most urgent challenges of the day. The pandemic is a paradigmatic case: We are stuck with a dithering legal system that stands by and watches as the toll of preventable deaths continues to rise, and whose moral authority and relevance are increasingly at risk as a result.

The problem lies in a conception of law that is rooted largely in legal positivism, the leading school of jurisprudential thought, whose most stringent interpretation argues that law derives its authority from “pedigree” (where it comes from) irrespective of morality (whether the law is “good” or “bad”). In reality, however, this amounts to an excuse not to commit to an account of collective welfare and instead defer to individual choice.

Even if this perspective was acceptable in the midst of a surging pandemic, it would be deeply flawed. The rule of law is an intricately intertwined, mutually reinforcing combination of formal rules and social norms. It lives in, and functions through, its participants’ collective moral consciousness. The role of courts, then, is not merely to apply formal rules but also to shape social norms and, when necessary, act as a society’s conscience. A close analogy would be a parent exercising her judgment by intervening in a sibling squabble.

This is not to suggest that “the law is what the judge ate for breakfast.” Rather, scholarly research in law and psychology, and breakthroughs in the cognitive sciences, show that law is a fundamentally social institution, and that individuals respond powerfully to cues provided by institutions of authority (what psychologists call “evoking”), particularly when the cues embody a strong moral position.

The positivist position fundamentally misses this point. It ignores the fact that the historically warring nations of Europe have been stitched together within a largely integrated bloc through the jurisprudence of the EU Court of Justice. Similarly, the Indian Supreme Court’s 2018 landmark judgment decriminalizing homosexuality has played a significant role in changing norms in that country.

The US Supreme Court had a chance both to do the right thing and to make history, by helping to end this protracted – and increasingly preventable – pandemic and enriching the rule of law in the process. The United States – and indeed the world – needed a decision with the moral force of Brown v. Board of Education, not more of the grubby cynicism that we saw in Trump v. Hawaii (the “Muslim ban” case).

The Court could, and should, have taken a stand on vaccines, especially considering that it has already been doing so with respect to the “right to life” in other contexts. Fetuses are, for example, far more ambiguous instances of “life” than the workers affected by the mandate, who are clearly moral agents. And the Court has ruled against the choice to end even one’s own life in the context of euthanasia.

Legal judgments are about trade-offs, and in this case there was a clear choice between collective safety or a misguided notion of personal freedom (as the philosopher Peter Singer has argued). While large employers like Citigroup and United Airlines have gone so far as to impose a “no jab, no job” policy, the OSHA mandate took a much more moderate approach to creating a secure work environment.

Moreover, even if the case before the Court had not been open and shut, the common good ought to have been the tie breaker. But instead, the court’s vote was for individual liberty at all costs: the core, if hidden, value of legal positivism. The circus surrounding Novak Djokovic, the anti-vaccine tennis star who was recently detained by Australian border agents, is just a microcosm of the confusion that will now be unleashed by the decision striking down Biden’s workplace mandate. With hospitalization rates breaking records and the US death toll approaching one million, the Court has missed a major opportunity to exercise guardianship over a divided polity, and to assert its relevance and moral authority.