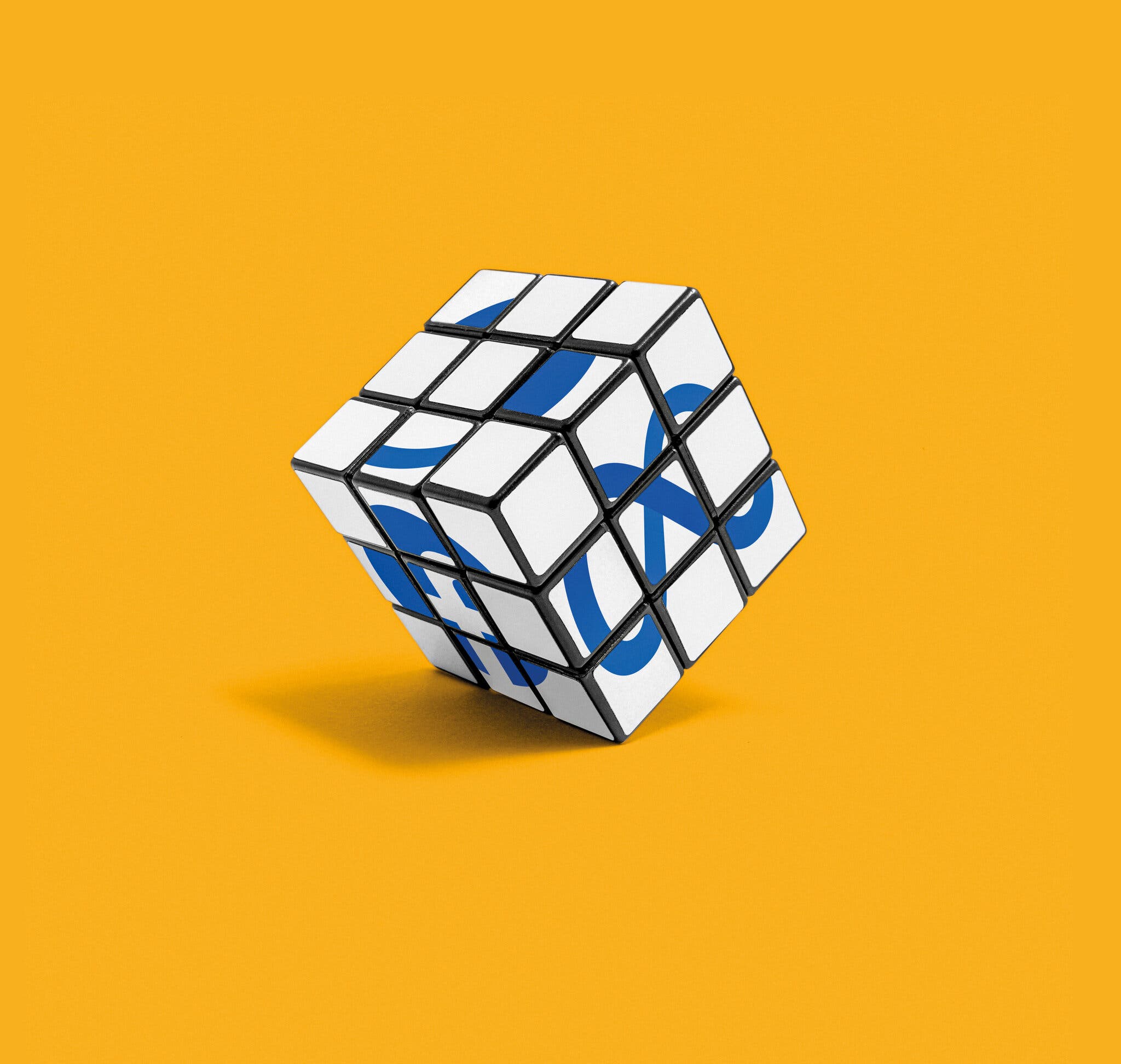 Shifting a 68,000-person social networking company toward the theoretical metaverse has caused internal disruption and uncertainty.

The Instagram engineer had already packed his bags for a December vacation when his boss pulled him into a virtual meeting to talk about job goals for 2022.

Their conversation soon took an unexpected turn. Forget the goals, his boss told him. To succeed at Meta, the parent company of Facebook and Instagram, his boss said, he should instead apply to a new position in the burgeoning augmented reality and virtual reality teams. That’s where the company needed people, he said.

The engineer, who had worked at Instagram for more than three years and who declined to be identified for fear of retaliation, was taken aback by essentially having to reapply for a job. He said he hadn’t decided what to do.

Mark Zuckerberg, the founder and chief executive of the company formerly known as Facebook, has upended his company ever since he announced in October that he was betting on the so-called metaverse. Under this idea, his company — renamed Meta — would introduce people to shared virtual worlds and experiences across different software and hardware platforms.

Since then, Meta has pursued a sweeping transformation, current and former employees said. It has created thousands of new jobs in the labs that make hardware and software for the metaverse. Managers have urged employees who worked on social networking products to apply for those augmented reality and virtual reality roles. The company has poached metaverse engineers from rivals including Microsoft and Apple. And it has officially rebranded some products, like its Oculus virtual-reality headsets, with the Meta name.

The moves amount to some of the most drastic changes at the Silicon Valley company since 2012, when Mr. Zuckerberg announced that Facebook had to shift its social network away from desktop computers and toward mobile devices. The company restructured, focusing its energy and resources on making mobile-friendly versions of its products. The makeover was hugely successful, leading to years of growth.

But changing the company’s course now is far more challenging. Meta has more than 68,000 employees, more than 14 times its size in 2012. Its market value has risen by more than eight times over that period to $840 billion. Its business is entrenched in online advertising and social networking. And while the shift may give Meta a head start on the internet’s next phase, the metaverse remains a largely theoretical concept — unlike the 2012 move to mobile, when smartphones were already widely used.

The result has been internal disruption, according to nine current and former Meta employees, who were not authorized to speak publicly. While some workers were excited about Meta’s pivot, others questioned whether the company was hurtling into a new product without fixing issues such as misinformation and extremism on its social platforms. Workers were expected to adopt a positive attitude toward innovation or leave, one employee said, and some who disagreed with the new mission have departed.

What the metaverse focus means for the company’s existing social networking products like Facebook and Instagram remains in flux, two employees said. At Facebook and Instagram, some teams have shrunk over the last four months, they said, adding that they expected their budgets for the second half of 2022 to be smaller than in previous years.

A spokesman for Meta, which reports quarterly earnings on Wednesday, said building for the metaverse was not the company’s only priority. He added that there hadn’t been significant job cuts to existing teams because of the new direction.

“There will be entire economies and countries built digitally through VR/web3, and we are just scratching the surface,” he said, using terms to describe next-generation technologies for building the metaverse. He noted that Meta was in the lead with virtual reality because of products like its Oculus headsets, adding, “This is the sci-fi future, and Meta made the bold move to make it a reality.”

Facebook’s pivot to the metaverse started in its top ranks. In September, Mike Schroepfer, the long-serving chief technology officer, said he would step down by the end of 2022. In his place, Mr. Zuckerberg appointed Andrew Bosworth, known as Boz, who has for the past few years led development on products like the Oculus headsets and Ray Ban Stories smart glasses.

In October, the company said it would create 10,000 metaverse-related jobs in the European Union over the next five years. That same month, Mr. Zuckerberg announced he was changing Facebook’s name to Meta and pledged billions of dollars to the effort.

Reality Labs is now at the forefront of the company’s shift to the metaverse, employees said. Workers in products, engineering and research have been encouraged to apply to new roles there, they said, while others have been elevated from their jobs in social networking divisions to lead the same functions with a metaverse emphasis.

Of the more than 3,000 open jobs listed on Meta’s website, more than 24 percent are for roles in augmented or virtual reality. The jobs are in cities including Seattle, Shanghai and Zurich. One job listing for a “gameplay engineering manager” for Horizon, the company’s free virtual reality game, said the candidate’s responsibilities would include imagining new ways to experience concerts and conventions.

Internal recruitment for the metaverse ramped up late last year, three Meta engineers said, with their managers mentioning job openings on metaverse-related teams in December and January. Others who didn’t get on board with the new mission left. One former employee said he had resigned after feeling that his work on Instagram would no longer be of value to the company; another said they did not think Meta was best placed for creating the metaverse and was searching for a job at a competitor.

What Is the Metaverse, and Why Does It Matter?

The origins. The word “metaverse” describes a fully realized digital world that exists beyond the one in which we live. It was coined by Neal Stephenson in his 1992 novel “Snow Crash,” and the concept was further explored by Ernest Cline in his novel “Ready Player One.”

An expanding universe. The metaverse appears to have gained momentum during the online-everything shift of the pandemic. The term today refers to a variety of experiences, environments and assets that exist in the virtual space.

Some examples. Video games in which players can build their own worlds have metaverse tendencies, as does most social media. If you own a non-fungible token, virtual-reality headset or some cryptocurrency, you’re also part of the metaversal experience.

How big Tech is shifting. Facebook staked its claim to the metaverse last year, after shipping 10 million of its virtual-reality headsets and announcing it had renamed itself Meta. Google, Microsoft and Apple have all been working on metaverse-related technology.

The future. Many people in tech believe the metaverse will herald an era in which our virtual lives will play as important a role as our physical realities. Some experts warn that it could still turn out to be a fad or even dangerous.

Representatives for Microsoft and Apple declined to comment. Bloomberg and The Wall Street Journal previously reported on some of the personnel moves.

Meta’s employees have been asked to contribute to the change in other ways. In November, they were asked to sign up for Project Aria, an effort to test some new augmented reality glasses, according to an internal memo that was reviewed by The New York Times.

Employees could “earn points and win swag” by wearing the glasses and gathering data through the device’s cameras and sensors, the memo said. To reduce people’s privacy concerns about being filmed with the glasses, employees were asked to wear a T-shirt identifying themselves as a “research participant” and were told not to view or listen to the raw data captured by the glasses, according to the memo.

Employees have also been able to sign up to test the Oculus Quest headsets and to use them for meetings in Horizon Workrooms, the company’s virtual reality work-conferencing space.

Meta is working on other wearable tech products, including a smartwatch with health and fitness tracking capabilities, said two people with knowledge of the project. The Information reported earlier on the smartwatch. Ray Ban Stories, the smart glasses that people can use to capture video, are a steppingstone to making more people comfortable with putting smart tech on their bodies, they said.

In a companywide meeting days after Mr. Zuckerberg announced that Facebook was going all in on the metaverse, Sheryl Sandberg, the chief operating officer, took questions from employees about the change.

She said she was “excited” about the metaverse’s possibilities and told attendees to imagine the endless opportunities that would be available to people around the world, two employees who listened to the virtual meeting said.

Many employees showed their enthusiasm using heart emojis. But in one private chat for engineers, which was reviewed by The Times, one employee wrote: “Who is the elephant in the room who is going to ask how all of it works? Not it.”

Sheera Frenkel is a prize-winning technology reporter based in San Francisco. In 2021, she and Cecilia Kang published, “An Ugly Truth: Inside Facebook’s Battle for Domination.” @sheeraf

Mike Isaac is a technology correspondent and the author of “Super Pumped: The Battle for Uber,” a best-selling book on the dramatic rise and fall of the ride-hailing company. He regularly covers Facebook and Silicon Valley, and is based in San Francisco. @MikeIsaac • Facebook

Ryan Mac is a technology reporter focused on corporate accountability across the global tech industry. He won a 2020 George Polk award for his coverage of Facebook and is based in Los Angeles. @RMac18