Time to Blow Up Electricity Markets 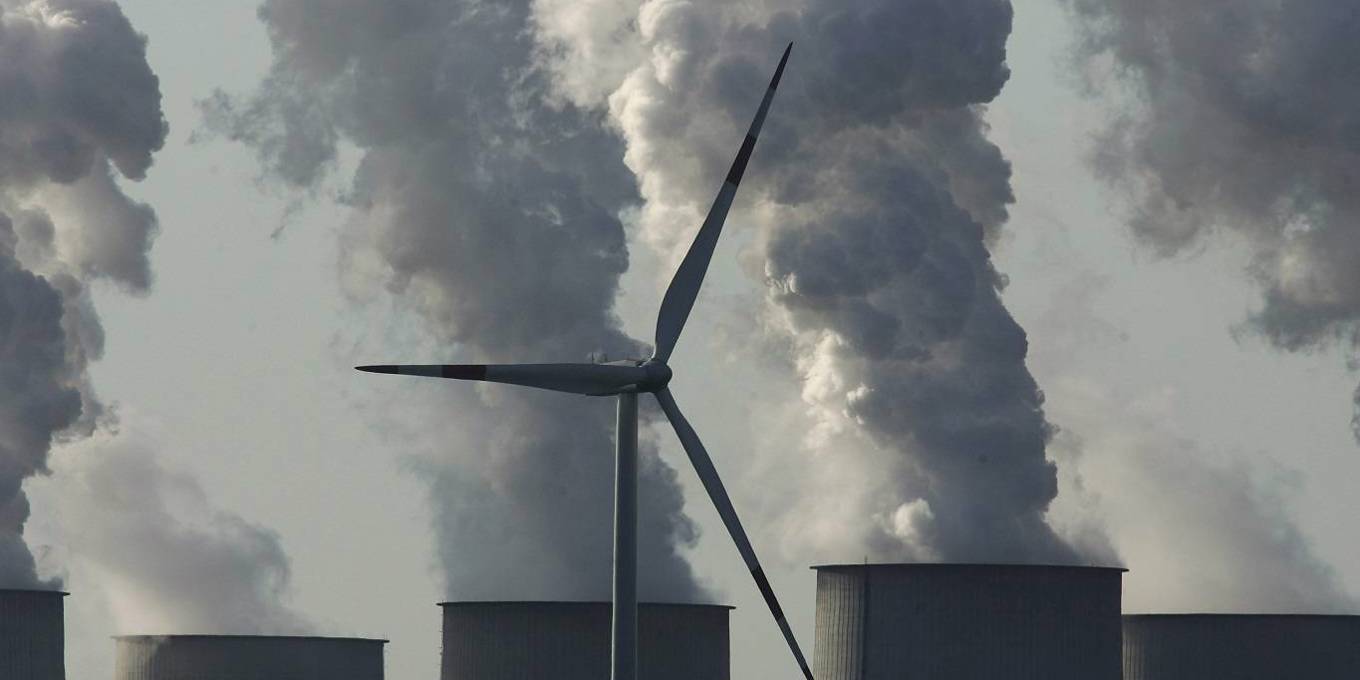 The European Union’s power sector is a good example of what market fundamentalism has done to electricity networks the world over. With the end of cheap natural gas, retail consumers and businesses are paying the price for their governments’ embrace of a shoddy theory.

The blades of the wind turbines on the mountain range opposite my window are turning especially energetically today. Last night’s storm has abated but high winds continue, contributing extra kilowatts to the electricity grid at precisely zero additional cost (or marginal cost, in the language of the economists). But the people struggling to make ends meet during a dreadful cost-of-living crisis must pay for these kilowatts as if they were produced by the most expensive liquefied natural gas transported to Greece’s shores from Texas. This absurdity, which prevails well beyond Greece and Europe, must end.

The absurdity stems from the delusion that states can simulate a competitive, and thus efficient, electricity market. Because only one electricity cable enters our homes or businesses, leaving matters to the market would lead to a perfect monopoly – an outcome that nobody wants. But governments decided that they could simulate a competitive market to replace the public utilities that used to generate and distribute power. They can’t.1

The European Union’s power sector is a good example of what market fundamentalism has done to electricity networks the world over. The EU obliged its member states to split the electricity grid from the power-generating stations and privatize the power stations to create new firms, which would compete with one another to provide electricity to a new company owning the grid. This company, in turn, would lease its cables to another host of companies that would buy the electricity wholesale and compete among themselves for the retail business of homes and firms. Competition among producers would minimize the wholesale price, while competition among retailers would ensure that final consumers benefit from low prices and high-quality service.

Alas, none of this could be made to work in theory, let alone in practice.

The simulated market faced contradictory imperatives: to ensure a minimum amount of electricity within the grid at every point in time, and to channel investment into green energy. The solution proposed by market fundamentalists was twofold: create another market for permissions to emit greenhouse gases, and introduce marginal-cost pricing, which meant that the wholesale price of every kilowatt should equal that of the costliest kilowatt.

The emission-permit market was meant to motivate electricity producers to shift to less polluting fuels. Unlike a fixed tax, the cost of emitting a ton of carbon dioxide would be determined by the market. In theory, the more industry relied on terrible fuels like lignite, the larger the demand for the EU-issued emission permits. This would drive up their price, strengthening the incentive to switch to natural gas and, ultimately, to renewables.

Marginal-cost pricing was intended to ensure the minimum level of electricity supply, by preventing low-cost producers from undercutting higher-cost power companies. The prices would give low-cost producers enough profits and reasons to invest in cheaper, less polluting energy sources.

To see what the regulators had in mind, consider a hydroelectric power station and a lignite-fired one. The fixed cost of building the hydroelectric station is large but the marginal cost is zero: once water turns its turbine, the next kilowatt the station produces costs nothing. In contrast, the lignite-fired power station is much cheaper to build, but the marginal cost is positive, reflecting the fixed amount of costly lignite per kilowatt produced.

By fixing the price of every kilowatt produced hydroelectrically to be no less than the marginal cost of producing a kilowatt using lignite, the EU wanted to reward the hydroelectric company with a fat profit, which, regulators hoped, would be invested in additional renewable-energy capacity. Meanwhile, the lignite-fueled power station would have next to no profits (as the price would just about cover its marginal costs) and a growing bill for the permits it needed to buy in order to pollute.

But reality was less forgiving than the theory. As the pandemic wreaked havoc on global supply chains, the price of natural gas rose, before trebling after Russia invaded Ukraine. Suddenly, the most polluting fuel (lignite) was not the most expensive, motivating more long-term investment in fossil fuels and infrastructure for LNG. Marginal-cost pricing helped power companies extract huge rents from outraged retail consumers, who realized they were paying much more than the average cost of electricity. Not surprisingly, publics, seeing no benefits – to them or to the environment – from the blades rotating above their heads and spoiling their scenery, turned against wind turbines.

The rise in natural gas prices has exposed the endemic failures that occur when a simulated market is grafted onto a natural monopoly. We have seen it all: How easily producers could collude in fixing the wholesale price. How their obscene profits, especially from renewables, turned citizens against the green transition. How the simulated market regime impeded common procurement that would have alleviated poorer countries’ energy costs. How the retail electricity market became a casino with companies speculating on future electricity prices, profiting during the good times, and demanding state bailouts when their bets turn bad.

It’s time to wind down simulated electricity markets. What we need, instead, are public energy networks in which electricity prices represent average costs plus a small mark-up. We need a carbon tax, whose proceeds must compensate poorer citizens. We need a large-scale Manhattan Project-like investment in the green technologies of the future (such as green hydrogen and large-scale offshore floating windfarms). And, lastly, we need municipally-owned local networks of existing renewables (solar, wind, and batteries) that turn communities into owners, managers, and beneficiaries of the power they need.