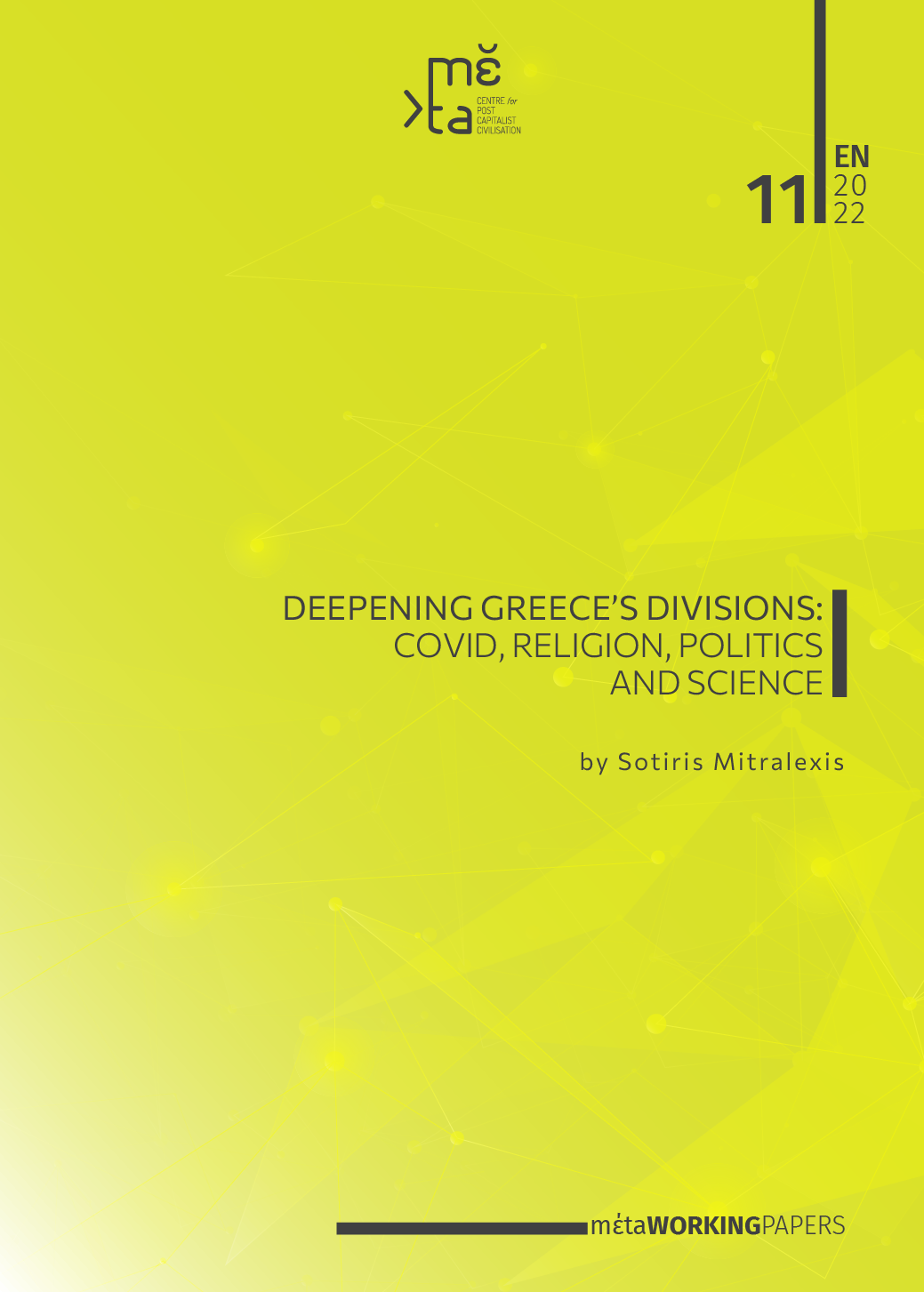 Instead of being a time of unity and solidarity, the ongoing COVID-19 pandemic has proven to be a time of disunity, a time for deepening Greece’s divisions after a decade of crisis — on a spectrum ranging from politics to religion, and more importantly on the public discourse on religion. The present article offers a perspective on recent developments — by (a) looking into how the Greek government weaponized science in the public square, by (b) examining the stance of the Orthodox Church of Greece, by (c) indicatively surveying ‘COVID-19 and religion’ developments that would not be covered by the latter, and last but not least by (d) discussing the discrepancy between these two areas of inquiry in an attempt to explain it.