What’s in a name? Mέta and the metaverse dystopia 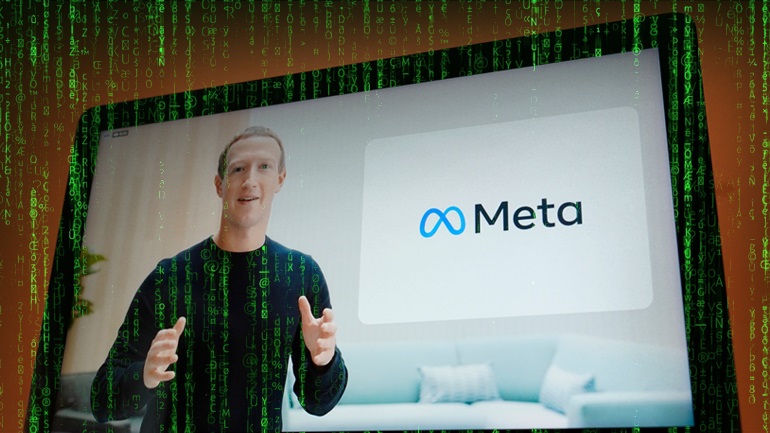 Coincidences may be hilarious, or, from another point of view, revelatory. And one can never be certain it was by pure coincidence that Mark Zuckerberg decided to rebrand Facebook’s parent company as meta, giving his new venture a name almost identical to that of our mέta – the Centre for Post-Capitalist Civilization. All the more so, since he has already named “Diem” his company’s cryptocurrency in the making…

But naming disputes are for corporate-minded copyright holders. On our part, we are only delighted to stress the contrast of values and intentions brought forward by this odd similarity of brands. For Mark Zuckerberg’s “vision” validates our core argument: that a post-capitalist dystopia is emerging all around us, a state of affairs that urgently needs to be challenged by our struggles for emancipatory alternatives.

Meta’s rush to the “metaverse” phantasmagoria depicts what the newly coined term “technofeudalism” stands for: privatising, exploiting and radically enclosing the whole of our social interaction and lived experience – pushing the digital/analogue divide to the point of a class apartheid with unheard of anthropological connotations.

In that sense, we owe many thanks to Mark Zuckerberg for (unintentionally) highlighting the relevance of the post-capitalism debate. Hence, we suggest a preliminary reading/viewing list for those inclined to follow mέta’s endeavour in theory, politics and art.

James Maldoon on the “metaverse” (via Jacobin magazine):

Ethan Zuckerman on “Second Life” as a precedent (via The Atlantic magazine):