EKO 8, International Triennial of Art and Environment / A Letter to the Future 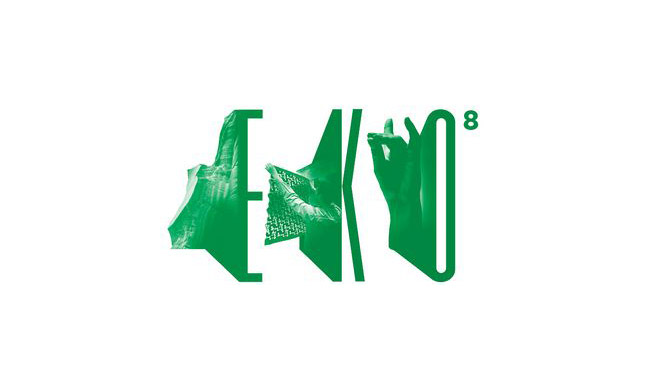 Relaunch of the Triennial in 2021
In 2021, the Maribor Art Gallery is relaunching the International Triennial of Art and Environment in its eighth edition. The EKO Triennial (founded in 1980), dedicated to contemporary visual arts and the environment, will explore the intersections between the current socio-economic challenges, environmental policies, and post-colonial globalisation. In line with the growing awareness that the state of our environment depends on a range of interconnected systems, including environmental policies, technological development, social practices, the economy, etc., the Triennial relates natural and social ecosystems and blurs the boundaries between the contradicting notions: nature|culture, individual|common, national|international, global|local. The renewed Triennial will thus reflect and comment on the many changes at the global and local levels that affect the environments we live in and depend on.
Read the brief history of the Triennial
About EKO 8 art director Alessandro Vincentelli

Artistic Director Alessandro Vincentelli
The artistic director of EKO 8 Alessandro Vincentelli, an independent curator based in the UK known as a polemical and engaged researcher of the contemporary art world, who for many years co-created the exhibition and research program of the BALTIC Centre for Contemporary Art in Newcastle, named the eighth, renewed edition of the Triennial A Letter to the Future. The title is derived from the memorial plaque with which the people of Iceland marked the loss of their first glacier: “Okjökull is the first Icelandic glacier to lose its status as a glacier. In the next 200 years, all our glaciers are expected to follow the same path. This monument is to acknowledge that we know what is happening and what needs to be done. Only you know if we did it.” It is a powerful plea. The eulogy to the glacier throws us forward into the future. It encourages us to use our imagination. These words speak to us in our precarious present.
Alessandro Vincentelli: “As part of EKO 8, the exhibition A Letter to the Future is also a plea to think beyond the present. To bring together works that span generations and expand our understanding. The plaque commemorating the loss of the glacier throws us forward into the future and reminds us of our shared past. We examine if it is possible today for an assembly of artists’ voices, visions, and works in a place where thousands of workers once wove textiles, to entwine profound ecological questions? Which observations of a broader community contribute to a better understanding of that which unites us and binds us together?”
Read the entire curatorial statement

EKO 8 Exhibition, Programme, Protagonists
In the spring of 2021, the EKO 8 exhibition will present on the premises of the former MTT factory collected visions and proposals of more than 30 international and Slovenian artists that are dedicated to the central theme of A Letter to the Future. In the face of the uncertainties created by the global pandemic, and in light of the new and enhanced need to recognise signs and lessons from history, EKO 8 will be designed as a barometer of change. It will feature ecologically conscious films from the 1960s as well as new works of art, spatial installations and sound installations that raise awareness of species extinction, the fragility of the human ecosystem, and the need for coexistence.
We are proud to present the works of promising young authors and established visual artists, such as Allora & Calzadilla, Lucien Anderson, Manca Bajec, Maxime Berthou & Mark Požlep, James Bridle & Navine G. Khan-Dossos, Kara Chin, Jasmina Cibic, Marcus Coates, William Cobbing, Vadim Fishkin, Laura Harrington, Stane Jagodič, Mikhail Karikis, Janja Kosi, Harley Kuyck-Cohen, Polonca Lovšin, Yoko Ono, Andri Snær Magnason, Katie Paterson, Antonis Pittas, Marjetica Potrč, Mako Sajko, Nina Slejko Blom & Conny Blom, ScanLAB Projects, Ian Soroka, Danae Stratou, Emilija Škarnulytė, Marko Tadić, Jimmy Turrell and Chris Watsonamong others.

The new edition of the EKO Triennial will lay new foundations and new rules, and will turn the event into a project outside the gallery space, a project of combining ideas and of discovering potentials through a programme focused on the city and the urban community. Alongside the main exhibition, we will build a programme of conferences, artist, creator, and expert talks, master and practical workshops, walks and gatherings, in cooperation with local and national institutions, associations, and individuals, such as, among others, the Centre for Creativity/MAO and the Igor Zabel Association for Culture and Theory.

Location − The Premises of the Former Textile Factory MTT in Maribor Melje
In its renewed form, the EKO Triennial is stepping out of the gallery space with the aim to discover and reactivate urban spaces that demonstrate creative and development potential. Such a space and the first location of the restored Triennial is the area of the former Hutter factory or the MTT textile factory in Melje. With 44,000 m2, an excellent location along the sunny Drava river embankment, close proximity to the city centre, and recognisable modernist architecture, it represents the best preserved industrial heritage in the country. This sleeping giant in Melje will be the venue of the EKO 8 Triennial, whereas the future editions will look for new spaces and potentials in the city.
Simona Vidmar: “The EKO 8 Triennial will take place on several sites of this fascinating factory, while the accompanying programme enters into a wider territory of the degraded Melje area to raise thoughts on possible new contents for this forgotten part of the city through a series of creative events.”
Detailed location map

EKO 8 Collaborations
The involvement and support of the local community in the advancement and visibility of the event is of crucial importance for the success of the EKO Triennial. We are proud that the City of Maribor supports the EKO Triennial as an important cultural and developmental activity. Alenka Iskra, Deputy Mayor of the City of Maribor: “The City of Maribor welcomes UGM’s move to open new premises in the city with its programme and host EKO 8 at the former MTT factory. This is a symbolic place for the post-industrial Maribor as well as an area that will in the future require the City’s additional attention in its integration into the urban fabric.” Partnerships with city institutions, associations, and individual protagonists are also of great importance for the relaunch of the Triennial. With their knowledge, ideas, and actions, they co-create the EKO 8 programme and add to its purpose. We are happy to announce that we have already established collaborations with RUK — Network of Art and Cultural Research Centers, Maribor Regional Archives, Maribor Regional Museum, Maribor National Liberation Museum, Maribor Synagogue, Maribor Diving Club, and the Maribor branch of Centre for Creativity. We will continue building the programme in 2021 with several other protagonists and will unite Maribor into a creative hub!

EKO 8 Team
We are a small but enthusiastic team of UGM employees and external collaborators. If you have any questions, write to us by e-mail [email protected],or call us on +386 (02) 2295860.