Diplomacy Remains the Only Option in Ukraine | Jeffrey D. Sachs 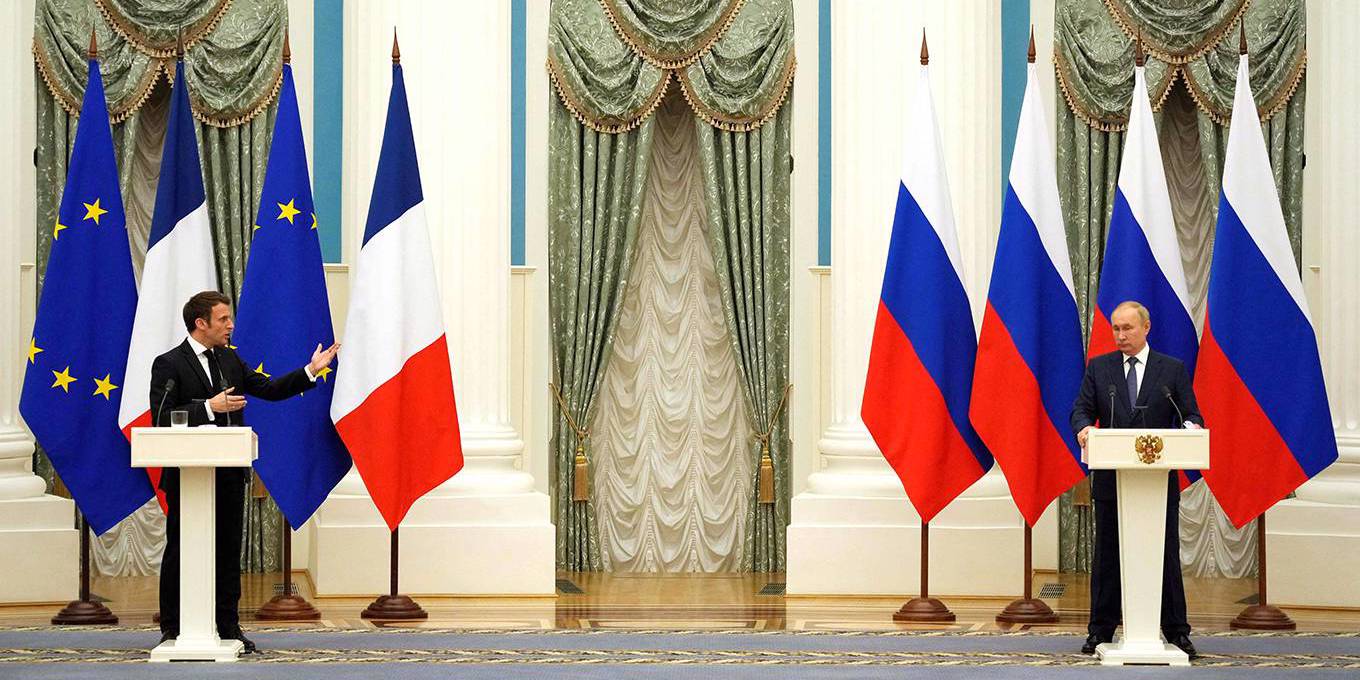 Although Vladimir Putin’s perfidious war against Ukraine has united America and its allies behind the objective of crushing the Russian economy, there is no good reason to think that righteousness will bring an end to the bloodshed. The history of conflicts in the nuclear age has made clear that compromise is the only safe option.

Vladimir Putin’s war on Ukraine is horrific and barbaric. Yet it could still be ended with a diplomatic solution in which Russia withdraws its forces in exchange for Ukraine’s neutrality. Putin signaled his openness to this possibility in his recent call with French President Emmanuel Macron: “this is first and foremost about demilitarization and neutrality of Ukraine, to ensure that Ukraine will never pose a threat to Russia.” Translated into action, this could mean that NATO and Ukraine would forswear Ukraine’s future membership in the Alliance if Russia immediately withdraws from Ukraine and forswears future attacks.

In a diplomatic solution, no party gets everything it wants. Putin would not get to restore the Russian empire, and Ukraine would not get to join NATO. The United States would be forced to accept the limits of its power in a multipolar world (a truth that would also apply to China).

To be sure, a diplomatic compromise does not fit with the current mood. The world is appalled by Russia’s perfidy and moved by the Ukrainian people’s heroic resistance. Yet Ukraine’s survival (and possibly even the world’s) ultimately depends on prudence prevailing over righteous valor. Ukraine is calling for more fighter jets, more heavy weaponry, and a NATO no-fly zone. Each of these steps would increase the risk of a direct confrontation between Russia and NATO – one that could quickly escalate into a nuclear showdown.

European and US leaders’ instinct is to crush Russia economically, to prove decisively that barbarism does not pay. From this perspective, compromise seems like appeasement, yet the compromise would be to save Ukraine, not to cede it. Economic warfare is also fraught with profound risks. The global dislocations will be enormous, and the demands to move beyond economic warfare to a military response are bound to rise. In the meantime, the fighting will continue, producing massive bloodshed and probably leading to a Russian occupation anyway.

Diplomacy can work even in the starkest of confrontations. In fact, diplomacy is essential to resolve great-power disputes in the nuclear age. The Cuban Missile Crisis is a case in point. Whether one blames that incident on the US, for having backed an invasion of Cuba in 1961, or on the Soviet Union, for having deployed atomic weapons there in 1962, the conflict brought the world to the brink of nuclear Armageddon.

In the end, the crisis was defused by diplomacy and compromise, not by a one-sided victory. US President John F. Kennedy agreed to remove US missiles from Turkey and pledged never again to invade Cuba, while Soviet Premier Nikita Khrushchev agreed to remove the Soviet missiles from the island. The world got lucky. As the historian Martin Sherwin later showed, nuclear war between the two powers almost erupted despite Kennedy and Khrushchev’s efforts to avoid it.

But such sanctions rarely deter, much less bring down, a ruthless regime. The US tried similar measures to topple Venezuelan President Nicolás Maduro, but succeeded only in crushing the economy. According to the International Monetary Fund, Venezuela’s per capita GDP declined by more than 60% between 2017 and 2021, yet Maduro remains entrenched (and now is being courted by the US so that Venezuela will pump more oil). Nor have US sanctions overturned the regimes in Iran and North Korea.

Moreover, the Russia sanctions are likely to wear thin over time. After producing enormous short-term havoc and distress globally – with oil prices soaring and major commodity supply chains being disrupted – they will create countless arbitrage opportunities for Russia to sell its valuable commodities to entities beyond the reach of US sanctions. China and others will not be keen to enforce a sanctions regime that could well be used against them next. Russia thus will not be as isolated as the US and Europe seem to think. After the initial shock of the new sanctions, its trading opportunities will likely grow, not diminish.

In addition to the economic sanctions, the US and Europe are also funneling weapons into Ukraine. Again, this is very unlikely to prevent a Russian occupation, but it will make it more likely that Ukraine becomes another perpetual killing field, like Afghanistan, Libya, and Syria before it. Even more ominously, the flow of arms into Ukraine will risk a direct military confrontation between Russia and NATO. Whereas Afghanistan, Libya, and Syria had no nuclear weapons, Russia has nearly 6,000, with an estimated 1,600 active and deployed.

Diplomacy might well fail. But that doesn’t mean it isn’t worth trying. As Kennedy famously declared, “Let us never negotiate out of fear. But let us never fear to negotiate.” That sentiment saved the world in 1962, and it could save it again now.

Russia watchers are deeply divided about Putin’s real motives. Many believe that he will stop at nothing to recreate the Russian Empire. If so, God help us. Others believe that he aims to destroy Ukraine’s democracy and smother its economy, so that it cannot become a beacon to the Russian people. Still others, however, argue that Putin’s vociferous opposition to NATO enlargement – and to US political meddling in Ukraine (including its support of the uprising against Ukraine’s pro-Russian president Viktor Yanukovych in 2014) – is genuine.

It is time to test that proposition. What if Ukrainian neutrality really is the key to peace? Pursuing diplomacy is not appeasement; it is prudence, and it could save Ukraine and the world from an unmitigated catastrophe.