We Want Longer Weekends — but Not Longer Workdays | Stochita Radu 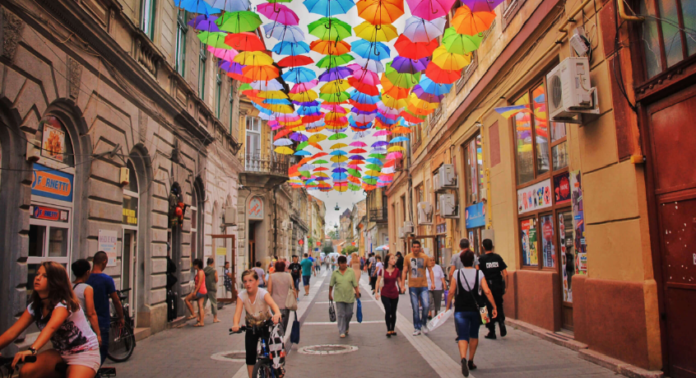 Romanian lawmakers have called for a three-day weekend — but with the existing 40-hour workweek now crammed into four shifts. The situation shows how reorganizing the workweek can hurt workers’ interests if they don’t have a say in the process.

A three-day weekend sounds like a blessing — a chunk of the week to do what we really want. With the rise in remote work and new technology allowing shifting work patterns, it’s no wonder that calls for a four-day workweek have gained traction around the world.

Yet there’s wide variation in the intention — and outcome —of such projects. While left-wing parties in countries from Britain to Chile have called for an overall reduction in working time, Belgium has introduced a voluntary four-day workweek but with no change in total hours. Experiments in Iceland as well as pilot research at New Zealander financial services firm Perpetual Guardian proved that shortening the workweek is beneficial for workers, while also highlighting its merits in increased productivity.

But the idea that this is a business-friendly measure comes up against the limits of the proposal. Last month, Romanian MPs from center-right and right-wing parties introduced a bill to change the workweek to four days and the standard workday to ten hours. The sponsors of the proposed legislation said:

After the employee goes through the adaptation period, they will realize that they have an extended weekend at their disposal, in which they will rest much better, considering the three days off. At the same time, at the macroeconomic level, there would be an increase in consumption and, implicitly, in sales and profit in public catering, services, and tourism, due to the extended weekend.

So is it better for everyone? Not quite.

The Romanian law proposes three days off, which will give workers more rest time with their families and more time for consuming.

Yet the promise that this schedule will be more restful is countered by the testimony of restaurant workers in the United States who tried ten-hour workdays and found the schedule “too grueling.” Despite claims by companies such as WeWork and Hourly, research shows that people who work ten hours or more a day have an increased risk of developing occupational health problems.

In Romania, the examples of the pilot at Perpetual Guardian and one at Microsoft Japan are often included in articles advocating the new longer workday. What is left out is that these firms decreased the number of working days while also reducing overall working time, which did indeed leave employees with more free time on their hands.

Without a clear decrease in total working hours, changing the structure of the workweek to four days instead of five can actually do more damage to the employee. Jonathan Malesic, author of The End of Burnout: Why Work Drains Us and How to Build Better Lives, told Healthline that “Working those two extra hours during the day is really tough. Your productivity after the eighth hour on the job probably diminishes, but the stress doesn’t.” The experiment in Iceland was successful precisely because it didn’t rely on extra working time on each workday.

Also crucial is the question of who decides. While unions were part of the project implementing the four-day workweek in Iceland, in Romania, they were not consulted for the right-wing legislative proposal. Bogdan Hossu, president of the country’s Cartel ALFA union, told Jacobin that the Romanian initiative is disrespectful to the people who fought and even sacrificed their lives in the historical battles for the eight-hour workday. While some point to Henry Ford enforcing the eight-hour workday as part of his application of scientific management, the struggle for shorter hours goes back to the nineteenth century, when the working class paid the price in blood for this demand.

Even aside from this important historical heritage, Hossu says that “changing the normal workday to ten hours will change how overtime bonuses are given and also the amount of work that people put in each day.” In a country like Romania — where the majority of salaries do not match the cost of living and where 35 percent of employees work more than forty hours per week — the chance to earn additional income comes from working overtime. Overtime work is not paid in all cases, but when workers voluntarily opt into it, they might stay two hours longer and be remunerated accordingly.

By changing the standard workday to ten hours without requiring that the added two hours be paid as overtime, we could end up with a situation in which the most vulnerable will have to work more than ten hours a day or even work on the fifth day in order to afford to live. Workers thus end up with more stress and longer working hours overall.

One indicative case of the limitations of legislative constraints on working time comes from France, which started the process of decreasing the workweek to thirty-five hours on average in 1998. The change allowed for flexible work arrangements, with companies such as luggage firm Samsonite choosing to work shorter weeks in the winter and longer ones in the summer when demand for their products is higher.

Mandating an average workweek of thirty-five hours allowed for more flexibility but did not reduce outright the total hours people actually worked. French workers on average put in around thirty-six hours of work a week last year, although the financial crisis has driven the overall average down through a rise in part-time jobs. In reality, the workweek for full-time employees is around thirty-nine hours a week, with everything above the thirty-five-hour threshold being counted as overtime.

Aside from the aforementioned benefits, research on the pension gap between males and females suggests that shortening the workweek can be beneficial for those who leave the paid workforce to care for family members (predominantly women). In Romania, the pension gap is around 25 percent. This stems mostly from women leaving the workforce early or never being formally employed, since the gender pay gap in the country is among the lowest in Europe (2.5 percent). The risk of poverty for females claiming pensions is much higher than it is for men (28.5 percent vs 16.4 percent), showing how damaging being outside the paid workforce can be in the long run.

While some voices call for a universal basic income, Romania is far behind on demands for basic welfare guarantees, with the crippling of the health care and educational system a result of decades of neoliberal policies. Before we get to a point where we can ensure everyone a stable income regardless of employment status, shortening the workweek could help decrease the pressure on women’s shoulders.

But there are other problems with this legislation. Just because someone is ostensibly expected to work four days a week does not mean that they will not have to answer phone calls, finish additional tasks on the weekend, or show up at the office if their boss requires them to do so. The Romanian bill builds on previous discussions about work flexibility that arose during the pandemic, when certain workers found themselves at home, having to take care of children and help them through school.

Romanians who had the flexibility of working from home mostly liked it: 70 percent of those who had the chance to move their office into their living room reported their satisfaction. But despite the calls for more flexible workweeks, the wider reality is that we are shifting toward a permanent economy that consolidates and deepens “the encroachment of bosses and market forces in our private lives.” In order to achieve a better work-life balance, cutting the workweek should be accompanied by right-to-disconnect laws, like those in Belgium and Portugal, which prohibit bosses from messaging workers during their free time.

The research conducted in New Zealand, at Microsoft Japan, or in Iceland prompted California congressman Mark Takano, who now has the backing of several groups, including the Economic Policy Institute and the Congressional Progressive Caucus, to suggest introducing the four-day workweek and reducing total working time to thirty-two hours. According to the bill, every additional hour worked above the thirty-two-hour mark should be compensated as overtime, given empirical research that suggests the same number of tasks can be accomplished in less time.

As the movement to decrease the workweek becomes more popular around the world, we should ask if this can mean something more than a rearrangement of the existing burden of toil and stress. Cramming forty hours of work into four days holds little appeal for workers who will be more prone to accidents and have to put in painfully long shifts that would have once been compensated as overtime. A clear solution would be to decrease the working week to thirty-two hours and set maximum overtime at eight hours per week. Based on previous examples, this would make workers happier, give them more free time, and allow them to escape their boss’s control a little bit more.